‘You will have a strange disease and you will die in 30s’, said producer after looking at Gauahar Khan’s horoscope

Actress Gauahar Khan has made a shocking disclosure in a recent interview. Gauahar Khan has told that when she was starting her career a producer asked for her horoscope and said that she would die at the age of 30-35 years.

Gauahar Khan was recently seen in the film ’14 Phere’, in which Vikrant Massey and Kriti Kharbanda were seen. In a conversation with ‘Lallantop’, when Gauahar was asked if she ever had to show her horoscope to anyone? To this, Gauahar said that this happened to her early in her career when a producer was probably trying to launch her.

The story before coming to the movies
Gauahar Khan said, ‘Yes, it is true. This was when I didn’t even start working in films. I didn’t even do ‘Jhalak Dikhhla Jaa’ then. Not for any film but yes that producer was about to launch me in something. He was a big and well-known producer, who also won a National Award for a film. But I will not reveal his name. He was leading a production hall.


The producer had said – nothing is going to happen to you, you will die
Gauhar told that the producer asked for the details of her date of birth, on which day and where she was born, and then called her after 15 days. Gauhar said, ‘He made me sit very seriously and said – nothing is going to happen to you. You don’t do movies. Leave this dream, do some business. You will die at the age of 30-35 years.’ Not only this, the producer told Gauahar that when she turns 30, she will have some strange disease, due to which she will die when she reaches her 30s. But Gauahar laughed at that producer’s words and went away saying that you see me.


Started modeling career
Talking about career, Gauhar Khan started as a model. In the year 2002, she also participated in Femina Miss India and stood at number four. After this she appeared in another beauty pageant. Gauahar Khan modeled for many famous designers and also did many music videos. After this Gauahar did item numbers in many Hindi films. She also appeared in many reality TV shows.

Gauahar Khan was highly appreciated in web series like ‘Parchai’ and ‘Tandav’.

Nawazuddin Siddiqui will be seen in Kangana Ranaut’s film ‘Tiku Weds Sheru’, said – got a lion

Bollywood actor Nawazuddin Siddiqui has now joined the team of Kangana Ranaut. The actress herself has given this information through Instagram post. Actually, Kangana announced her first digital project ‘Tiku Weds Sheru’ on Tuesday.... 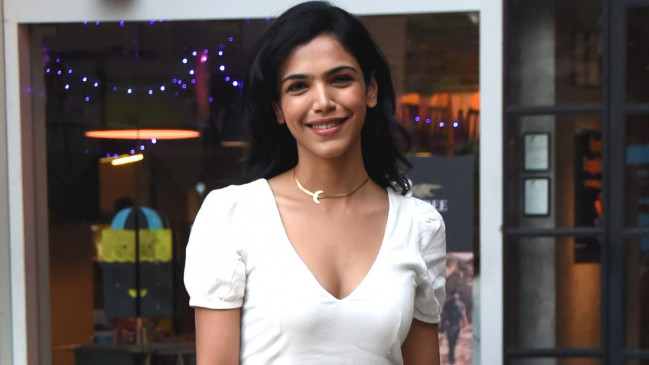 Digital Desk, Mumbai. Actress Shriya Pilgaonkar says her film Haathi Mere Saathi is an important and incredibly relevant story. It explores the delicate relationship shared between humans and wild animals. She says that for...

Ajay Devgan’s Ashikana post on Kajol’s birthday, said – thank you for every smile I have