Wrestlers vs WFI: Wrestlers said – did not even ask before deciding the names of the committee, the government said – three names suggested by you 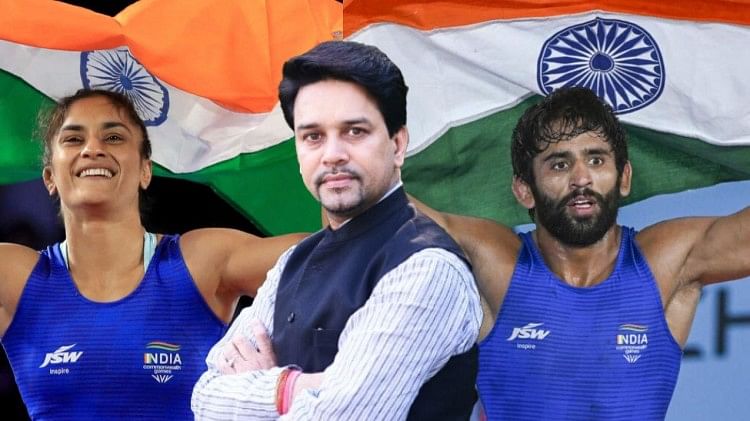 The Sports Ministry has formed an oversight committee following a strike by wrestlers against the Wrestling Federation of India (WFI) and its president Brij Bhushan Sharan Singh. This committee will look after the functioning of the Wrestling Federation. At the same time, wrestlers are protesting against this committee as well. He says that he has been cheated regarding the formation of the committee. Olympian wrestlers Sakshi Malik-Vinesh Phogat and Bajrang Punia have expressed their protest by tweeting.

At the same time, sources in the Sports Ministry say that 3 out of 5 names in the Oversight Committee were suggested by these protesting wrestlers, but now they claim that they were not consulted.

Members of the committee include

It is noteworthy that world champion boxer Mary Kom will be the head of the oversight committee. Union Sports Minister Anurag Thakur had said after the formation of this committee that the WFI President would not work on his post. We are forming an oversight committee under the chairmanship of world champion Mary Kom. Olympic medalist Yogeshwar Dutt, Dronacharya awardee Trupti Murgunde, TOPS CEO Rajagopalan, Radha Sriman will be its members.

What is the whole matter?

The protest, which started on Wednesday morning, went on for three days. On Friday night, the wrestlers held talks with Sports Minister Anurag Thakur and Brij Bhushan Sharan Singh was temporarily removed from the post of wrestling association president and a committee was formed to investigate the allegations against him. Went.

Sports Ministry is already in action

After that, the Sports Ministry suspended Vinod Tomar, Assistant Secretary of the Wrestling Federation of India, on Saturday (January 21). Vinod Tomar gave a statement in favor of Wrestling Association President Brij Bhushan Sharan Singh in the morning of the same day. Vinod Tomar believes that Brij Bhushan Sharan Singh has not done any mistake. He had said, “The allegations are baseless. There is nothing like that. It’s been three-four days and they haven’t produced any evidence yet. I have been associated with him for the last 12 years and I have not seen anything like this. Trending News: 4 years’ salary accumulated in the account, the employees were happy! Learn about the case in detail …

Employees Surprised to Get 4 Years Salary as Bonus: As such, all the companies keep making some or the other policies to keep their employees happy. Although some companies and bosses do so that... Trending News: Education Minister in defense of the announcement statement from the loudspeaker installed in the temple-mosque

Haryana: The Haryana government had asked to wake up the students through loudspeakers installed in temples and mosques. Haryana’s Education Minister Kanwar Pal Gujjar, while justifying this instruction of the state government, said that...