Why did Nehru write letters to the Pakistani President’s family? Fork in the way of Munir! Know ‘India Connection’

Islamabad : The President of the country will put the final stamp on the name of the new army chief of Pakistan. The President of Pakistan Dr. Arif Alvi is playing the most important role in this whole process. Very few people know about the ‘India Connection’ of Arif Alvi, the first citizen of Pakistan. According to a short biography of Alvi on the website of Imran Khan’s political party Pakistan Tehreek-e-Insaf (PTI), his father was the dentist of India’s first Prime Minister Jawaharlal Nehru.

Alvi is close to former Pakistan Prime Minister Imran Khan and one of the founding members of PTI. In 2018, he became the President of Pakistan. According to information available on the internet, his father was Pandit Nehru’s dentist. After partition, his family had migrated from India to Pakistan. Alvi’s ancestor Mamnoon Hussain’s family had migrated from Agra. Just like the parents of Pervez Musharraf left from New Delhi.

Nehru’s letters with the family
According to a short biography on the PTI website, Alvi’s father, Dr Habib ur Rehman Elahi Alvi, was Nehru’s dentist before partition. According to the website, ‘Dr Elahi Alvi was Nehru’s dentist and the family is in possession of Nehru’s letters to Dr Alvi.’ The full name of Arif Alvi is Dr. Arif ur Rehman Alvi. He was born in 1947 in Karachi, where his father had settled after partition.

Profession of dentist inherited from father
Alvi’s father used to practice as a dentist in India and then in Karachi before partition. Apart from politics, Arif Alvi inherited the profession of dentist from his father. He has obtained his degrees from Lahore and America. In 2007, he was elected as a counselor of the FDI World Dental Federation. This was the first selection of a Pakistani for this post. He is married to Sameena Alvi and has four children. 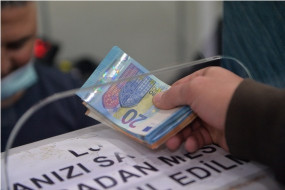 Shanghai Lockdown: The biggest corona lockdown in Shanghai city of China after two years, know why the world got tensed

ShanghaiIn view of the increasing cases of corona virus in Shanghai city of China, a lockdown has been imposed. About 10 million people of Shanghai are currently going through a very strict lockdown after...

Mystery of Qin Shi Huang Tomb: What is hidden in the 2200-year-old tomb of China’s first emperor, Chin Shi Huang? secret will be exposed

Highlights Tomb of China’s first emperor buried under a 249 feet high pyramid-shaped mound Many rumors in China about the tomb, discussion of mercury river and secret map Chin Shi Huang’s grave is about...