Why did Aryan get severe punishment for being a celebrity? When lawyer Amit Desai surrounded ASG in court

in Mumbai sessions court Aryan Khan (Aryan Khan) did not get relief on Thursday and will have to remain in jail for now. Actually, the court has reserved the order on Aryan Khan’s bail plea till October 20 and on this day the court will give its verdict. Due to which now Aryan Khan will not be able to get bail till October 20. Lawyer on behalf of Aryan Khan in court hearing Amit Desai (Amit Desai) argued, then the Additional Solicitor General of NCB Anil Singh (Anil Singh) took the side.

During the three-hour hearing in the Mumbai Sessions Court, a lot of arguments and arguments were presented on behalf of Amit Desai and Anil Singh. Aryan Khan’s lawyer Amit Desai read out the remarks of the ASG in the judgments of Riya Chakraborty. The ASG argued that celebrities and role models should be treated harshly because of their influence on society. But what does the High Court say? I don’t agree. Amit Desai said that he wants to stand before the court and say that no celebrity or role model has a special status before the court and therefore they should be treated equally before the law. Now on the basis of law some submissions which they think are facts they want to submit. Amit Desai said that Aryan Khan should be punished for being a celebrity, it is not right.

Aryan Khan did not get bail again, know what happened in court

Amit Desai said that the government issued a policy document to fight the drug issue in the country. It is definitely very important for the youth. But the principles of justice must be considered. From leading drug peddlers to small time peddlers and then to the consumers, the series takes this. When it comes to drug trafficking of school and college going children, the government policy talks about sensitizing them. Amit Desai said that if Aryan Khan has committed the crime of consuming drugs, then please see his statement. Assuming the matter of consumption is admitted, what is the maximum punishment? 1 year. Why are you curtailing their freedom when no one is stopping their investigation.

At the same time, on behalf of NCB, ASG Anil Singh said that their officers are working day and night and trying to end drug smuggling. A few days back, 4-5 of his officers were attacked. He has been in the hospital for the past one week. Anil Singh said that this misbehavior is affecting the youth. They are college going boys but should not be considered for bail here. They don’t need to tell the court, you are the future of our country. The future of the country depends on this generation.

Anil Singh said that his submission to the court is that when we are considering a case under the NDPS Act, the court has to consider the stringent provisions of the Act. The plan and purpose of the Act has to be kept in mind. Drug trafficking and abuse has to be taken seriously, as it is affecting nature and the world. Amendments are made from time to time. He is happy that his friends appreciate the role of NCB in Mumbai, but we are also accused.

Katrina Kaif may marry Vicky Kaushal soon? What is the point of Salman’s stylist’s post?

The beautiful actress (Katrina Kaif) has celebrated her 38th birthday a day earlier on 16 July 2021. Apart from her films, Katrina is in a lot of discussion about her affair with Vicky Kaushal....

Husband told a strange thing to his wife

wife– You heard something… Husband– What? wife– The Pandit ji who had got his marriage done, he died today. HusbandSometimes he had to get the fruits of his actions… Amit, Gaya . Source link 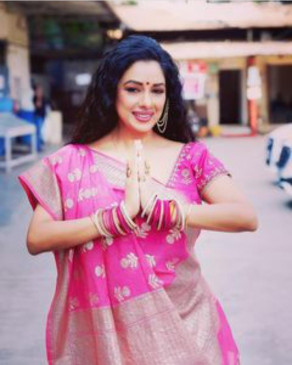