johannesburg
After the jailing of former President Jacob Zuma in South Africa, a period of horrific violence, looting and arson has started. The condition is that even after the deployment of the army, incidents of conflict and arson continue. On Tuesday, Zuma supporters set several shopping malls on fire. So far 72 people have been killed and hundreds of people have been arrested in this violence that has been going on for the last 5 days.

According to media reports, this is the worst violence in South Africa in the last few decades. Police issued a statement saying that 72 people have been killed since the protest began. Police said that most of the people died in the stampede during looting of shops. Most of the violence is taking place in Gauteng and KwaZulu Natal provinces. Police and army are trying to stop the unrest in the violence-affected areas.

Cities like Johannesburg and Durban are also in the grip of violence
Several deaths occurred in Gauteng and KwaZulu-Natal provinces, where people stole food, power tools, alcohol and clothing from several shops, officials said. Sporadic violence broke out after Zuma was sentenced on Thursday to 15 months in prison for contempt of court. David Makhura, Premier of Gauteng province, said: “Criminal elements took advantage of the situation.” However, over 400 people have been arrested in the province. But the situation is far from being controlled. Cities like Johannesburg and Durban have also come in the grip of violence.

He told the South African Broadcast Corporation, ‘We can understand that those who are unemployed do not have enough food. We can understand that the situation got worse due to the pandemic. But this loot is weakening our business here. Meanwhile, looting continued in Johannesburg’s shopping mall on Tuesday as well. Many businessmen have been destroyed due to looting and arson in shops. At the same time, analysts say that such massive protests were expected after Zuma went to jail. 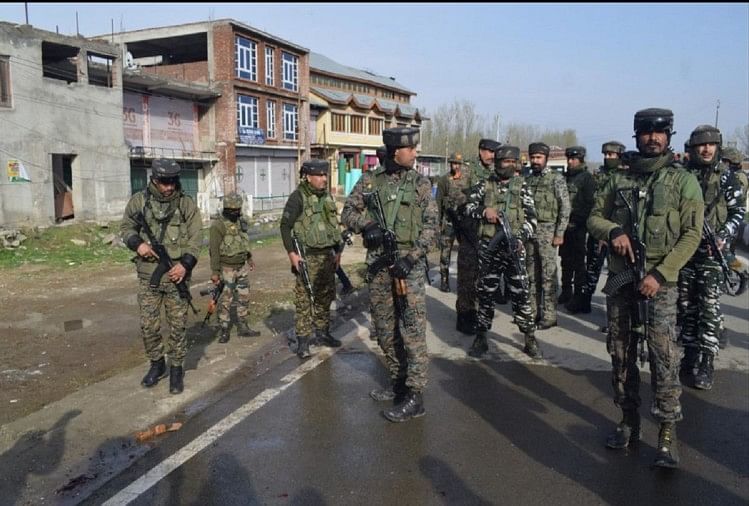 Jammu and Kashmir: 77 new officers will join the intelligence department to break the terrorist network

Summary 31 ‘SA’ will be deployed in Jammu unit of IB, 14 in Leh and 32 in Srinagar. Many people are reportedly under the scanner in the Jammu and Kashmir administration, given such inputs...

BeijingThe Delta variant of the Korana virus is now wreaking havoc in China as well. Corona cases have seen an increase in many areas including the capital Beijing. A Chinese health official has warned...

BJP MLA advocating population control law has nine children, said- ‘It happened by the will of God’