Washington / Rabat
The US has practiced shooting down state-of-the-art S-400 missile defense systems amid ongoing tensions with Russia. America has practiced killing this Russian Brahmastra in Morocco in the African continent. This massive exercise has been named ‘African Lion’. The US has strongly opposed Turkey, India and other countries buying Russian missile defense systems.

Not only this, America has imposed sanctions on Turkey and India is also under threat of this ban. Media reports said that this maneuver to shoot down the S-400 was done in the Agadir area of ​​​​Morocco. A video released by the US Department of Defense revealed the practice of shooting down the S-400. In this video a man is seen saying, ‘Two attacks were conducted against two S-400s’.

America gave a strong message to both Russia and China
The official said they are currently reviewing the impact of these attacks. This exercise has been carried out by the African Task Force of the US Army. The US did not say which weapons were used to destroy the S-400. However, the US is believed to have used the M142 High Mobility Artillery Rocket System to attack the S-400.

Meanwhile, it is also being said that the US has used the AGM-88 high-speed anti-radiation missile. This missile has been bought by the Moroccan army from America. The F-16 can be fired by C/D aircraft. According to the War Zone report, it is not clear whether Morocco’s neighbor Algeria has yet purchased the S-400. It is believed that through this exercise, America has given a strong message to both Russia and China. Both these countries use the S-400.

This version of WhatsApp can become a problem, if you do not stay away, then you do not lose control of the phone.

New Delhi. World’s best instant messaging app WhatsApp Millions of users use it. Apart from the official app on Google Play Store and Apple App Store, there are many other sources from where the... 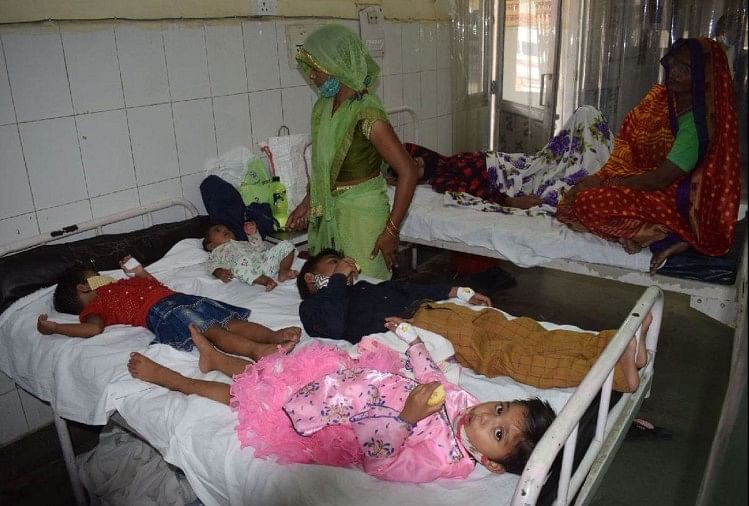 Disease havoc in Braj: 21 people died due to dengue and viral fever, four including two children died in Agra

Summary Dengue and viral fever are continuously taking lives in Braj region, so far about two hundred and fifty patients have lost their lives in Firozabad, while the figure is also increasing in Kasganj....