Video: Nora Fatehi-Terence Lewis’s ‘I love you’ dance sets the stage on fire, everyone is left watching

Nora Fatehi, who ruled millions of hearts with her sexy dance movesNora FatehiWhen he showed his dance moves with Terence Lewis, everyone was stunned and started playing whistles. All this happened ‘India’s Best Dancer 2’ (India’s Best Dancer 2) on the set. Actually Nora Fatehi, Divya Khosla Kumar with the film ‘Satyamev Jayate 2’ (Satyameva Jayate 2) for promotion. Nora Fatehi has done the song ‘Kusu Kusu’ in this film, which is very much discussed.

Terrence Lewis was delighted to see Nora on the show. The two also gave a sizzling dance performance together. Nora Fatehi and Terrence Lewis did such a romantic dance on the song ‘I love you’ that everyone kept staring. The chemistry of both set the stage on fire.


In the show, Nora Fatehi also danced on ‘Kamariya’ with the contestants and impressed everyone with her scintillating belly dance moves.

Was replaced by Malaika last year
Malaika Arora and Geeta Kapoor were also very happy to see Nora in ‘India’s Best Dancer 2’. Let us tell you that last year, when Malaika was away from the first season of the show for a few weeks after being Kovid positive, it was judged by Nora Fatehi in her place. At the same time, Nora and Terence Lewis had a friendship, due to which Terence was pulled up on the show.


episode will come this weekend
This episode of ‘India’s Best Dancer 2’ will be telecasted this weekend. It will also feature actors Chunky Pandey and Neelam Kothari. Both the stars also gave a scintillating dance performance on the stage. At the same time, ‘Satyamev Jayate 2’ has been released on 25 November. It is written and directed by Milap Zaveri and produced by T-Series. 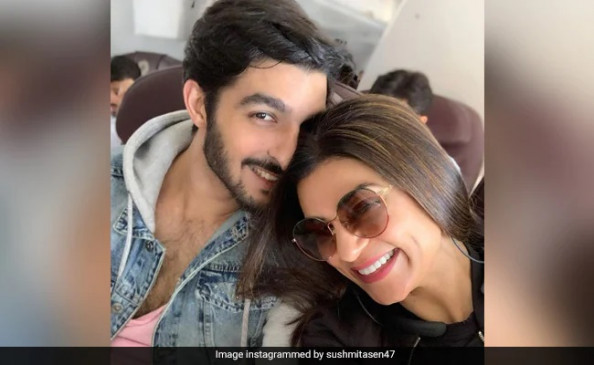 Digital Desk, Mumbai. Bollywood actress Sushmita Sen and her boyfriend Rohman Shawl have been in the news for the past few days about their breakup on social media. There were many speculations about the...

The one who is proud above any simile, in whose neck Saraswati resides, in whose hands the titles are also proud, whose voices make the soul chime, that is Lata Mangeshkar. Today the melody...

Is Navjot Singh Sidhu back in ‘The Kapil Sharma Show’? Fear is haunting Archana Puran Singh!

Navjot Singh Sidhu (Navjot Singh SidhuAfter the resignation of Punjab Congress President, where there has been an earthquake in the politics there, on the other hand, memes are being shared on Archana Puran Singh....