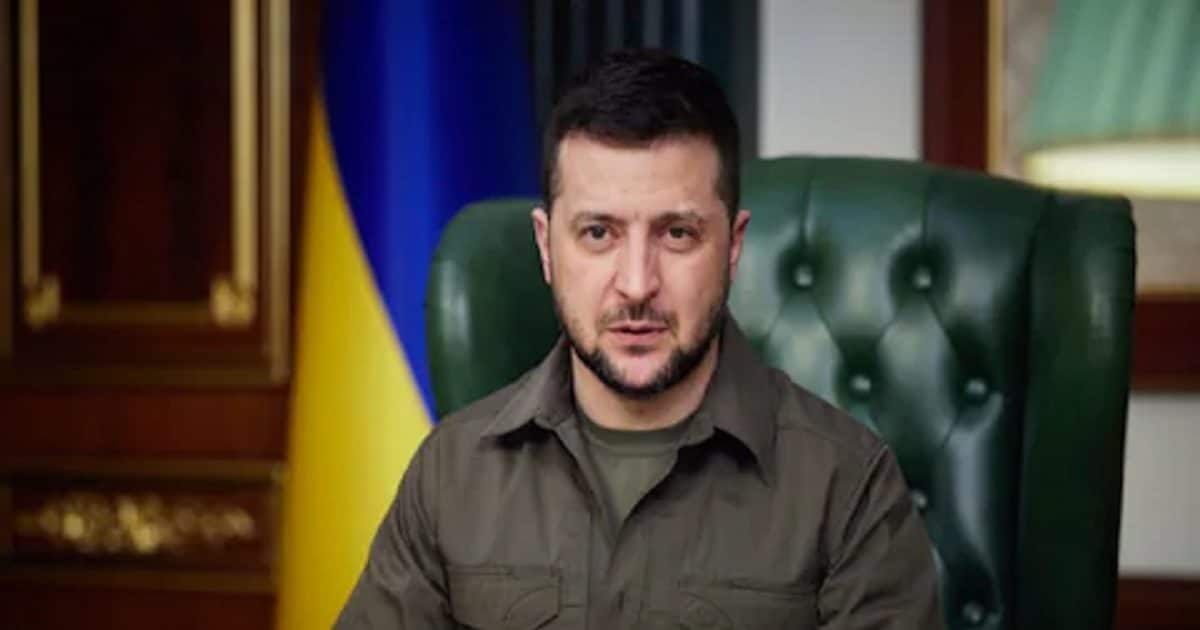 Kyiv, Kyiv on Tuesday announced the sacking of a dozen top officials in its biggest political move since the country’s first major corruption scandal linked to the war. Ukraine, which has been facing corruption for a long time, has been surrounded by such cases even during the war. The decision to sack the top officials came after photos released by the National Anti-Corruption Bureau showed Vasyl Lozinski, the minister responsible for the development of communities and regions, according to a report in news agency AFP. Vasyl Lozynskiy) is shown cash seized in his office. Lozinsky was dismissed after his arrest on suspicion of embezzlement.

Vasyl Lozinsky, 36, was accused of accepting $400,000 in bribes to purchase generators at inflated prices as the country grappled with power shortages following Russian attacks on its energy grid. Presidential aide Mykhaylo Podolić said those sacked included governors and ministers of regions who had served in war zones. Podolic tweeted, ‘Everyone should understand their responsibility during the war.’

Kirylo Tymoshenko, a key aide who has worked with Zelensky since the 2019 election, also announced his resignation. Posting a picture of himself with his handwritten resignation letter, 33-year-old Tymoshenko thanked the president for giving him the opportunity to do good work every minute. Tymoshenko was implicated in several scandals, including the alleged personal use last October of an SUV donated to Ukraine for humanitarian purposes. He was replaced by Oleksiy Kuleba, former head of the military administration of the Kyiv region.

#Corruption cases in Ukraine #Corruption in Ukraine during war #latestnews #presswire18 #presswire18news #russia ukraine war updates #trendingnews #Ukraine sacked deputy ministers on corruption charges
Previous Post
Pakistan Nuclear Attack: Pakistan was preparing for nuclear attack after Balakot, Sushma Swaraj had told me… Claims of former US Secretary of State
Next Post
Former US Secretary of State claims: India-PAK were close to nuclear war after Pulwama attack, there was a stir

‘Against any activity that breaks the country’, Biden supported Taiwan and China got chilli

Beijing: China said on Monday that it will make sincere efforts for the peaceful reunification of Taiwan and will not tolerate any activity aimed at dividing the country. China’s remarks are being seen as...

Ranil Go Home Sri Lanka: Slogans of ‘Go Gota Go’ changed to ‘Ranil Go Home’, the protesters said – these people have been stealing for 70 years, what good will they do now?

Colombo : Parliamentarians in Sri Lanka on Wednesday elected acting President Ranil Wickremesinghe as their President. The bar protesters of the President’s Office were watching this process of Parliament in their mobiles. As Wickremesinghe...

Kathmandu: The Chinese conspiracy to turn Nepal against India seems to be failing. Despite border disputes and recent skirmishes, the armies of India and Nepal are going to conduct joint military exercises. A total...