Two children policy will not work, look at China


Author: Anand Pradhan
Assam’s new chief minister Himanta Biswa Sarma has also hinted at further tightening the two-child policy in the state, with some exceptions, to deprive families of several government subsidies and benefits of government schemes that have a fixed cut-off date. That is, there will be more than two children after the due date. Earlier, the Assam government had decided to disqualify families with more than two children for candidature in government jobs and local body elections in the state from January this year onwards.

China’s mistake
Here, there are also reports from Uttar Pradesh that the state government is seriously contemplating on bringing a law for population control, in which, like Assam, families having more than two children will be given government jobs, public welfare schemes and benefits are proposed to be denied. Not only this, BJP leader and lawyer Ashwini Upadhyay has also filed a public interest litigation in the Supreme Court demanding strict measures for population control.

The heated debates on this issue are not new in the country. This demand has generally been raised by the conservative right-wing political camp, but the support of strict and punitive measures for population control has been in most parties. Since the 90s, states like Rajasthan, Maharashtra, Telangana, Andhra Pradesh, Odisha, Madhya Pradesh, Gujarat, Karnataka etc. have enacted laws to disqualify candidature for panchayat elections if more than two children are born. Some states like Maharashtra, Madhya Pradesh already have laws to deprive families of government jobs if they have more than two children. During the Emergency, the way forced sterilization and other intimidating methods failed in the name of population control, that history is also not hidden from anyone.

Surprisingly, the two-child policy is being formulated in the country at a time when the discrepancies and problems caused by the ‘one child’ policy in China, which has been notorious for population control since the 80s, has left it untouched. A demographic catastrophe has been pushed to the brink. The latest data from China’s census shows that the number of old people over 60 years of age is increasing on the one hand, and on the other hand, the number of young and working people is decreasing.

That’s why the Chinese government recently made another major change in its policy of ‘one child’, allowing families to have three children. Earlier, China allowed two children in 2016, but this has not made any difference to the decline in the total fertility rate of women in its population and the trend of going below its replacement rate. For stability in the population, the fertility rate of women should be 2.1, so that a family can replicate itself and the number of working youth in the population can be stabilized.

But due to the short-sighted and unscientific population policy of the 80s in China, the fertility rate dropped from 5.8 in 1970 to 1.6 in 2015, which is less than the replacement rate. Not only this, the number of people above 60 years of age in its population increased to 18.7 percent. This has not only put pressure on the care and social welfare budgets for the elderly in China, but also threatens to reduce the number of working people, leading to labor shortages and negatively impacting consumption and demand in the economy.

China has announced to change this policy twice in the last five years and to allow the first two children and now three children, but the overall fertility rate fell from 1.6 in 2015 to 1.3 in 2020. China is now talking about providing incentives and many facilities to have more children. Not only China, many other developed countries of the world are also worried due to the declining trend in the total fertility rate of women and its replacement rate going below. This is due to rapid development in these countries, the spread of health facilities and education, and increased participation of women in the workforce. That is, there is no contraceptive greater than development.

In most of the developed and wealthy countries of the world, which are at the top of the Human Development Index, the total fertility rate of women has reached from 1.2 to 0.98, which is much lower than the replacement rate. Therefore, in these countries the number of elderly people is increasing and the working population is decreasing. This is creating many problems for their economies. Many of these countries are providing incentives for families to have children, from cash benefits and more.

Decreasing fertility rate
The advocates of strict population control rules in India seem to have learned no lessons from China. They are making such an absurd demand when the total fertility rate is continuously declining in the country without any stringent laws and regulations. The total fertility rate in the country was 3.4 in 1994, which came down to 2.2 in 2015. According to the latest reports, households in 19 states of the country have an average of two or less children, which is close to the replacement rate and which is essential for population stabilization. Otherwise, in two-three decades, India will also find itself standing in the position of China.

The interesting thing is that in this absurd debate of stricter laws for population control, the discussion of demographic dividend i.e. the presence of more than 65 percent of the country’s population and the working population has been forgotten. The debate should be on what is being done to provide better education, health facilities and quality employment to the youth to take advantage of the demographic dividend.

Disclaimer: The views expressed above are those of the author.

Previous Post
If you also get dizziness and vomiting while traveling, then get rid of it like this
Next Post
FATF’s decision on Pakistan today, will Imran’s ‘Naya Pakistan’ be blacklisted?

Two injections of covaccine then booster dose of nasal vaccine… only then will full protection from corona?

Highlights Covaxin maker Bharat Biotech prepared nasal vaccine Phase 2 trial has been allowed, vaccine is given in two doses After giving the first vaccine, booster dose will be given in the form of... 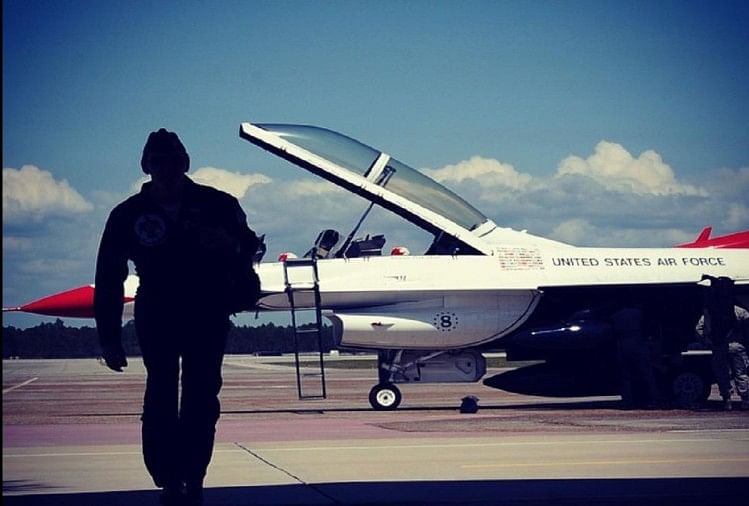 Disobedience: US Air Force removes 27 soldiers, this is the first action to be fired for refusing to be vaccinated

Agency, Washington. Published by: Yogesh Sahu Updated Wed, 15 Dec 2021 03:06 AM IST Summary The US Air Force had given its soldiers until November 2 to get the vaccine. Whereas thousands of soldiers...