Trending News: 21st anniversary of terrorist attack on Parliament, many leaders including PM Modi paid tribute to the martyrs 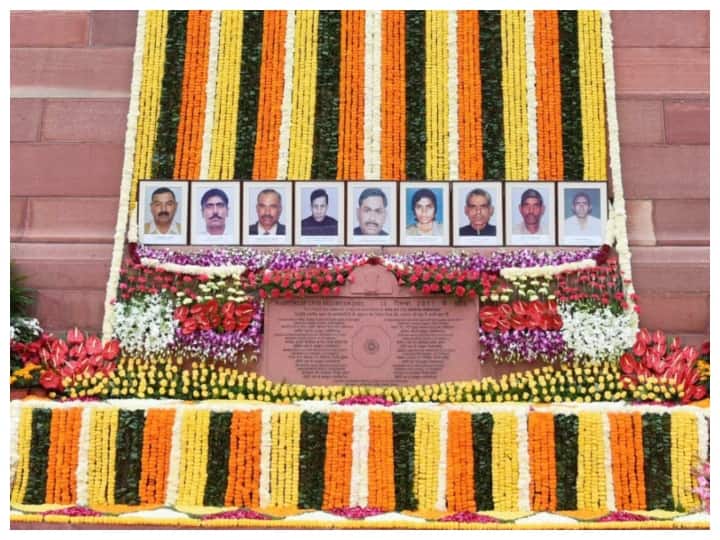 
Parliament Attack Anniversary: 21 years have passed since the terrorist attack on Parliament on 13 December 2001. Every citizen of India is proudly paying tribute to the soldiers who were martyred in thwarting the attack. 21 years ago, on this day, five terrorists of the terrorist organization Jaish-e-Mohammed tried to target the Parliament during the winter session, but Indian soldiers did not allow it to be completed.

The security personnel foiled the terrorist attack and killed five terrorists there. In this encounter, 5 Delhi Police personnel, a lady constable of CRPF, 2 assistants of the Parliament Security Service and an employee of the Parliament lost their lives. A cameraman also lost his life.

From PM to these leaders paid tribute

Congress leader Rahul Gandhi said, “On this day in 2001, during the cowardly terrorist attack on Parliament, I pay homage to the heroes of the country who laid down their lives to protect India’s honour. The whole country is indebted to his sacrifice, which inspires us to dedicate everything in the service of the country.

Rajya Sabha Deputy Chairman Harivansh Narayan said, “December 13 will be remembered as the most dreadful day in the history of independent India. 21 years back, terrorists attacked this temple of democracy but the security personnel showed gallantry to protect it and foiled the audacious attempt of terrorists who attacked the soul of our country.

Union Home Minister Amit Shah paid tribute to the courage of the brave martyrs who made the supreme sacrifice. He said, “Every Indian will always be indebted to your bravery and sacrifice for the protection of the country.”

Defense Minister Rajnath Singh said, “I remember and salute the security personnel who fought bravely and sacrificed their lives in the defense of the country in the terrorist attack on the Parliament House on 13 December 2001. Their sacrifice is the future of India.” Will always inspire generations to fight against terrorism.

Congress President Mallikarjun Kharge said, “We salute the brave personnel who made the supreme sacrifice while facing terrorists during the attack on Parliament on this day in 2001.” Our thoughts and prayers are always with his family. The nation is indebted to his indomitable courage. We are united against terror. Trending News: Mamta Banerjee’s target, ‘Road shows are not allowed on the day of voting, but PM Modi and his party…’ Bharat Jodo Yatra in MP: A bad news has emerged from Congress’s ‘Bharat Jodo Yatra’. Another Congress leader involved in the yatra died of a heart attack. The name of the deceased is being... Trending News: After retirement, the government will give an amount of more than 18 thousand every month, know what scheme

Pradhan Mantri Vaya Vandana Yojana: Money is needed for the regular running of life after retirement. In such a situation, the government is running many pension schemes and investment schemes for the citizens, which...