Today is the birthday of Sanath Jayasuriya, the batsman who was a great master of cricket

New Delhi
The attacking batsman of Sri Lanka whose aim was to beat the bowlers only and only. The bowlers do not get relief as long as he remains at the crease.

When coach Dave Whatmore entrusted Sanath Jayasuriya and Romesh Kaluvitarana to open the innings in One Day Internationals, no one had any idea the game was going to change forever. Together they started scoring runs in the first 15 overs. Today is Jayasuriya’s birthday. Matara is a locality in Sri Lanka. Jayasuriya was born there on this day in 1969.

Jayasuriya was a player of strong stature. strong shoulders. Wide wrists and plenty of strength in the arms. The bowler did not miss a bit, when the ball reaches the boundary is not known. His cut shot from over the point would have been exceptional. Back off a bit. The room was made and the ball went to the audience gallery.

Jayasuriya started his career as a bowler who could bat in the lower order. But Whatmore adopted the strategy to attack in the beginning and it was successful too. Sri Lanka became the 1996 World Cup champion and Jayasuriya became the Player of the Tournament.

Jayasuriya scored 82 runs in 44 balls against England in the quarter-finals of the 1996 World Cup. In the same year, against Pakistan, 134 off 65 balls and a world record half century in just 17 balls. Jayasuriya also holds the record for making the fastest century in 48 balls.

You know Jayasuriya for his ODI International batting. But he was amazing in Test cricket as well. He scored 340 against India in Colombo in 1997-98. Indian bowlers did not get any wickets for two days. He scored 213 runs at the Oval against England in 1998. And then 148 off 156 balls against South Africa in the 2000-01 series. South Africa was defeated by an innings margin for the first time other than Australia. 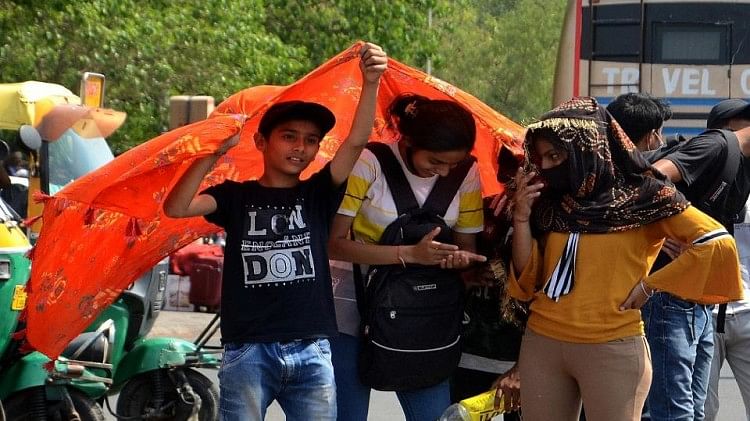 There will be severe heat for the whole week: Temperature crosses 44 degrees in some areas of Delhi, know the weather condition across the country

Highlights: Bharat Biotech gave data of Phase III trial of Covaccine to DCGI The emergency use of covaccine was approved on January 3 New DelhiHyderabad-based company Bharat Biotech has handed over the data of...

India tour of England: Brad Hogg advised to replace Pujara with this player, said – its future is bright

Sydneyof australia Former spinner Brad Hogg He believes that young batsman Prithvi Shaw could be a better option at number three in place of Cheteshwar Pujara in the Test series against England. Asked by...