There will be a ruckus! Oppo’s new smartphone is coming, will have 120Hz display and Snapdragon 768G processor

read this also-Upcoming great smartphone Tecno Phantom X, see the features before the launch of the phone with 50 MP camera

Features will be special
A tipster named Arsenal has leaked the specification details of Oppo’s upcoming smartphone on Chinese micro-blogging site Weibo. However, it has not been told under what name it will be introduced. According to the leaked report, Oppo’s phone will have a 6.3-inch Samsung E1 Pro display, which will be with 120Hz display refresh rate. In this phone of Oppo, Qualcomm Snapdragon 768G SoC processor will be seen along with Android 11 color operating system. Oppo’s upcoming smartphone will be offered in 128 GB and 256 GB storage options along with 8 GB and 12 GB RAM options.

Battery and camera awesome
Oppo’s upcoming smartphone will have a 4,500mAh battery, which will support 50W fast charging. Talking about the camera, like other mid-range smartphones, Oppo’s upcoming smartphone will also have great cameras. In Oppo’s unnamed mobile, a 32-megapixel front camera for selfie as well as a triple rear camera setup can be seen, whose primary camera can be a 64-megapixel Samsung GW3 sensor. Along with this, it will also have an 8-megapixel ultrawide lens and a 2-megapixel macro lens. Other features include Dolby Panoramic Sound and side mounted fingerprint scanner, among others. 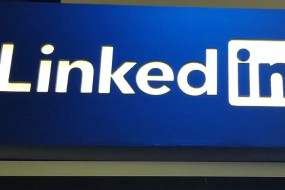 Digital Desk, San Francisco. Professional networking platform LinkedIn has announced that it is rolling out new tools that will make it easier for users to create visual content. It will help users stand out...

Kia’s vehicles got the support of Indian customers, Sonet’s dominance in July

New Delhi.Kia India has released the sales report for July 2021. In the information sent to the stock market, the company said that in July 2021, a total of 15,016 units were sold in...

New Delhi. India is rapidly moving towards digital payments. RBI and National Payment Corporation of India (NPCI) are easing rules to ease the way for digital payments. For which Aadhaar based UPI payment service...