Sushil Kumar Latest News: Sushil Kumar will not get supplements and special food in jail, the court rejected the application

New Delhi
A Delhi court has rejected the plea of ​​Olympic medalist wrestler Sushil Kumar seeking special food and dietary supplements inside the jail. The court said these were not “essential requirements”. Kumar is an accused in a murder case. Chief Metropolitan Magistrate Satveer Singh Lamba said, “The alleged special food and dietary supplements are only the wishes of the accused and are not in any way an essential requirement.”

The court said that under the Delhi Jail Act, 2018, the needs of the accused are taken care of in the jails. The court said in the order, “Every person is equal in the eyes of law, irrespective of caste, religion, sex, class etc. Right to equality is the basic feature of the Indian Constitution.’

Kumar had filed an application in the Rohini court seeking special food, dietary supplements and exercise equipment to be provided inside the jail. He said that these things are very important for his health and performance. He had said that denying these things will affect his career which depends on physical strength.

No gym, no extra protein diet, no TV… Sushil Kumar sleeping on the floor of the jail

The jail authorities, in their earlier statement to the court, had said that as per the medical condition of Kumar, he did not require any supplementary diet or extra protein diet. Sushil’s lawyer Pradeep Rana told the court that his client has the right to dietary supplements as he is a “non-convicted criminal prisoner” and has sought them at his own expense. The wrestler is currently lodged in Delhi’s Mandoli jail in connection with the alleged murder of Sagar Dhankhar at Chhatrasal Stadium over a property dispute.

New DelhiShoaib Akhtar is counted among the fastest bowlers in the world. In his era, he used to prove to be a time for the batsmen. On the other hand, Indian pacer Bhuvneshwar Kumar... 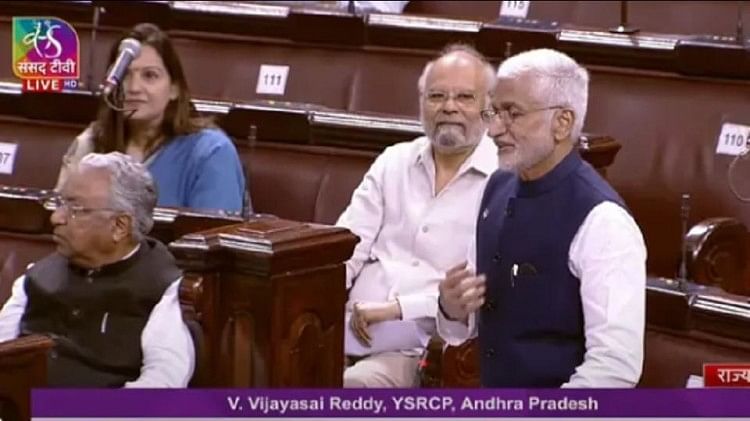 Rajya Sabha: Farewell speech of Andhra MP Vijayasai Reddy, the house burst into laughter as soon as he commented on the Congress