Suhana Khan made a murderer on the evening of New York, the picture was looted

Shahrukh Khan Daughter of (Shahrukh Khan) and Gauri Khan Suhana Khan (Suhana Khan) may not have debuted in Bollywood yet, but he is no less than a celebrity. Suhana is very active on social media and often shares her photos and videos with her Instagram fans. Now Suhana has shared her killer photo in a black dress amidst the beautiful evening of New York, in which her style is worth seeing.

Suhana has shared two photos in her Insta story. In one photo, she is seen in a black dress, while in the second photo, a beautiful evening of New York is visible, in which sky-high buildings are visible. These photos of Suhana are becoming increasingly viral on social media.

Significantly, Suhana Khan celebrated her 21st birthday on 22 May. On this special occasion, she shared her glamorous picture and wrote in the caption, ‘Twentyone’. On Suhana’s birthday, many Bollywood celebs also congratulated her on her birthday. Commenting on the photo, Chunky Pandey’s daughter Ananya Pandey wrote, ‘Tinkerbell’.


Suhana’s mother Gauri Khan shared a photo with her daughter and wrote, ‘Happy birthday. Lots of love to you today, tomorrow and always. Suhana also replied to her mother’s post and wrote, ‘I love you.’ Suhana is currently pursuing a course in film making at the University of New York. Also, it is being speculated that after completing her studies, Suhana can debut in Bollywood.

‘You will have a strange disease and you will die in 30s’, said producer after looking at Gauahar Khan’s horoscope

Actress Gauahar Khan has made a shocking disclosure in a recent interview. Gauahar Khan has told that when she was starting her career a producer asked for her horoscope and said that she would...

Kabir Bedi, a well-known artist of film, theater and TV, has recently written his autobiography. He is one of the few artists of the present era, who were born before the independence of the... 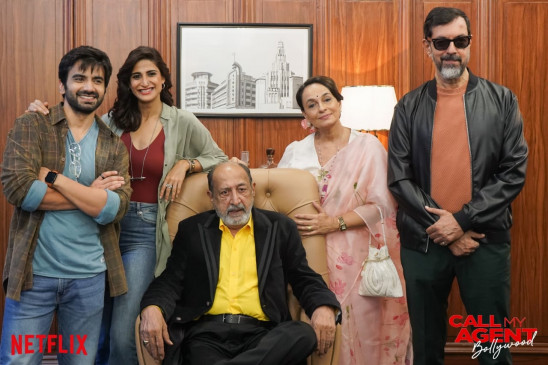 Digital Desk, Mumbai. Veteran actress Soni Razdan, who is playing a pivotal role in the upcoming show Call My Agent: Bollywood, has worked in more than five projects and made her on-screen presence in...