New Delhi
The tragic end of the thrilling series between India and England left everyone stunned. The last Test of the series was to be played in Manchester between the two teams from 10 September last week, but it was declared canceled after 24 hours of drama. Team India had a 2-1 lead and had a great chance to win the series 3-1. However, who is the winner of the series? There is still controversy on this.

Team India and BCCI had to face criticism after the match was cancelled. Only assistant physio Yogesh Parmar was with the team from the team’s coaching staff, but when he was also found positive, the team was forced to cancel the match. However, some English cricketers even said that the BCCI did not want to play this match because of the IPL. Let us tell you that from September 19, the second half of IPL 2021 is to begin with the match between Chennai Super Kings and Mumbai Indians.

VIDEO: Fifth Test postponed due to Corona, who won the series

Overall, if we look at the whole matter, then the statement of any player of Team India had not come till now. Now Shardul Thakur has given his point about this. He told how the entire team was in awe after Yogesh Parmar became a victim of Kovid-19.

AB de Villiers News: Just before IPL 2021, the storm of AB de Villiers, 10 sixes in the practice match, hit a century
He said in an interview to The Indian Express- Yogesh Parmar was touched by all of us a day earlier. When he came under the grip of the pandemic, there was an atmosphere of panic in the entire team. The players were worried about their families. No one knew what would happen next? In such a situation, it was difficult to get on the field.

Highlights Kohli is currently with the Indian team in UAE Anushka and Wamika are also in UAE with Kohli India has to play second practice match against Australia New DelhiTeam India, captained by Virat...

New DelhiSuch a terrible accident that it could have killed. The injury led to brain trauma and memory, but did not lose courage. After defeating death, in 10 months, not only is he fully... 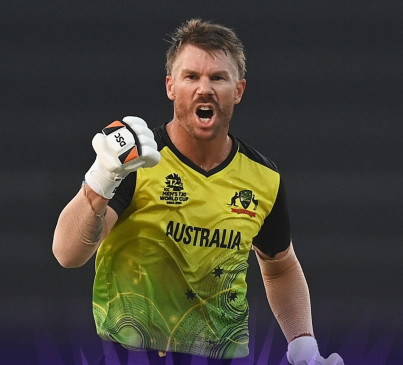 Digital Desk, Sydney. Australian opener David Warner’s wife Candice has given a befitting reply to her husband’s critics who were questioning the explosive batsman’s poor form ahead of the ICC T20 World Cup in...