Mumbai
KKR and SRK are synonyms of each other. Korbo Lorbo Jeetbo Re….This is the line, by which Shahrukh Khan used to encourage his team in IPL. Whether there was a match in any corner of the world, he used to reach Kolkata to support. But now that the Knight Riders are just one step away from their third title, Shah Rukh Khan will not be on the field.

Aryan will be in jail till October 20
Shahrukh will neither be able to motivate his players nor will he be able to give flying kisses to the fans from the stands. This ‘Badshah’ of Bollywood is currently going through the most difficult phase of his life. Aryan, the son trapped in the drugs case, did not get bail even on Thursday. The court has reserved its decision till October 20. It is clear that Aryan Khan will have to remain in jail till then.

Drugs Case: Aryan Khan again disappointed, will have to wait till October 20 for bail
Rarely watch the final even on TV!
What can be more helpless for a father than that his son is in jail and he is unable to get him out. At the age when his son’s career was to be nurtured, Shahrukh is working day and night to prove his innocence. All this incident also happened at the same time when the Indian Premier League is going on in UAE. Anyway, this cricket tournament was no less than a festival for Shahrukh Khan. With his entire family and friends from the film world, he would reach the stadium and cheer fiercely. Now in such a tense atmosphere, hardly see ‘King Khan’ final on 15 October even on TV.

IPL FINAL: Chennai and Kolkata will clash for the trophy for the second time, the two champion captains will compete
Aryan’s problems are increasing
On the other hand, speaking on behalf of NCB, ASG Anil Singh made a sensational allegation that Aryan Khan may be involved in the conspiracy of international drug smuggling. On this, Amit Desai said that these are absurd allegations. The NCB, in its reply submitted in the court, has said that in the drug chats received from Aryan’s phone, there is a conversation with a foreign national and there is talk of purchase of drugs in commercial quantities. It was also said in the court on behalf of NCB that prima facie it appears that Aryan Khan used to take drugs from his friend Arbaaz Merchant. In the raid, 6 grams of charas was also recovered from Arbaaz.

Aryan Khan did not get bail even after three hours of debate, know what happened in court
Final between KKR and CSK
In terms of statistics, Chennai have reached the final nine times in 12 seasons as they were out of the league in two seasons. Chennai won three titles and lost the final five times while KKR have won both the titles under Gautam Gambhir’s captaincy. No team knows the art of reaching the final better than Chennai. KKR, on the other hand, last won the title in 2012 when they chased down the target of 190 with two balls to spare. Chennai’s chances of winning a fourth title depend on how they face KKR’s spin trio of Varun Chakravarthy, Shakib Al Hasan and Sunil Narine.

Home remedies: Ayurvedic doctor claims – this is the cheapest home remedy to cure cold, cough, fever; Learn how to use

Beneficial in the problems of flu season Actually, here we are talking about a concoction given by Dr. Diksha Bhavsar. In her Instagram post, Ayurvedic Dr. Diksha says, this concoction is beneficial for all...

New DelhiApple its new iPhone 13 The series can be launched in September 2021. The Cupertino-based company will launch the upgraded smartphones of the existing iPhone 12 series under the new iPhone 13 series.... 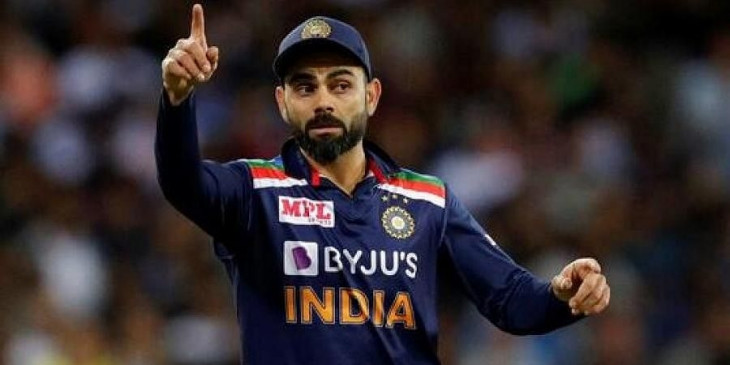 Dainik Bhaskar Hindi – bhaskarhindi.com, Mumbai. Board of Control for Cricket in India (BCCI) President Sourav Ganguly has thanked Virat Kohli for his tremendous performance as T20 captain. He also said that the decision...