Russia’s Sputnik-V Vaccine is most effective against Delta Variant of Corona found in India: RDIF

moscow
Russia’s Direct Investment Fund (RDIF) has claimed on Tuesday that Russia’s Sputnik-V corona virus vaccine is more effective against the Delta variant coronavirus first found in India. It has been claimed that Russia’s vaccine has shown the most effect against this more infectious and lethal variant than any other vaccine. The Gamleya Center study will be published in an international peer-reviewed journal.

Dr. Reddy Lab in India is producing Sputnik V and its option is also being offered on CoWIN. It has not been approved by WHO but has been approved in 67 countries including India. At the same time, many research has come to the fore regarding the vaccines of Pfizer-BioNTech and AstraZeneca. In some, they have been described as effective and some less powerful.

The World Health Organization has termed the delta variant as the ‘fourth worrisome’ variant and the infection has spread rapidly in many countries, including the second wave in India. It has also been seen in the UK that people need to be hospitalized due to infection with the delta variant compared to the alpha variant found there.

How is this vaccine made?
It is made from cold-type virus. The threat is eliminated by engineering this virus and then using it as a carrier, a part of the corona virus is delivered to the body. The immune system recognizes the genetic code of the virus and fights it without falling ill. Due to this, special antibodies are made in the body against the corona virus. The special thing is that different vectors are used in the first and second doses of Sputnik. Researchers say that using different vectors makes the immune response stronger and longer-lasting.

Oh my God! Once again the price of Redmi Note 10 with 48MP camera increased, this variant became expensive

Smartphones under 15000: Handset maker Xiaomi has increased the price of its 48-megapixel quad rear camera setup-equipped Redmi Note 10 smartphone, giving a big blow to the customers. This is the second increase in...

Jharkhand Crime News: The friend had kidnapped the businessman together with his associates, demanded a ransom of 1 crore

RanchiJharkhand The police have succeeded in freeing Rajesh Munda, a land trader who was abducted from the Lalpur area of ​​Ranchi, from the clutches of the kidnappers. In this case, the police have also... 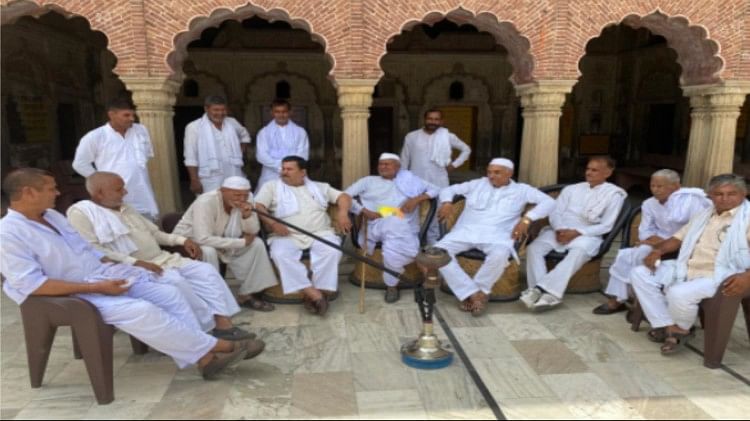 UP: Big preparations for Khaps in western UP, Mahapanchayat will be held on May 29, big sign for Tikait

Summary There will be a mahapanchayat of the khaps and farmers of western UP on May 29. Read what is the indication for Tikait. hear the news hear the news A meeting of Thamdars...