Moscow
Moscow has given a big blow to Pakistan’s Prime Minister Imran Khan, who is trying to get Russian President Vladimir Putin, on the issue of Kashmir. Russia has made it clear that Kashmir is a bilateral issue between India and Pakistan and Moscow fully sticks to the policy of non-interference in bilateral issues. Actually, this is a clarification after a controversy erupted over the comparison of Kashmir with Palestine by a media organization ‘associated with the Russian government’. The Russian statement is also significant because Imran Khan is planning to visit Russia next month.

This clarification of Russia has come at a time when Russian media organization Redfish had said that Kashmir is moving towards becoming another Palestine. This Russian organization claims to have won several awards and is involved in the ongoing grassroots struggle to create an alternative to the capitalist system. Many people allege that this Russian media organization has support from the Putin government. Twitter has also considered it an ‘organization associated with the Russian government’.
Imran Khan Russia Visit: Pakistani PM Imran Khan will visit Russia, Putin changing foreign policy regarding India?
‘No change in policy of non-interference in bilateral issues’
After this controversial video of Redfish, answers were sought from the Russian Embassy on social media. On this whole controversy, the Russian Embassy issued a statement saying that the description of Twitter as an organization affiliated to the Russian government does not mean that it has any support from the Russian government. The embassy said that the channel works editorially impartial but expressed the hope that a balanced approach is needed from a professional media group to give due importance to the complexity and historical background of the issue.

Regarding Kashmir, Russia said, ‘There has been no change in Russia’s basic position on the Kashmir issue and the policy of non-interference on the bilateral issue. India and Pakistan will have to find a solution to this and it should be based on the Simla Agreement and the Lahore Declaration. This statement of Russia comes at a time when Imran Khan is planning to visit Russia next month. Recently, Russian President Putin had talked to Imran Khan several times about the Taliban. Pakistan is constantly insisting on third party mediation but India is opposing it. 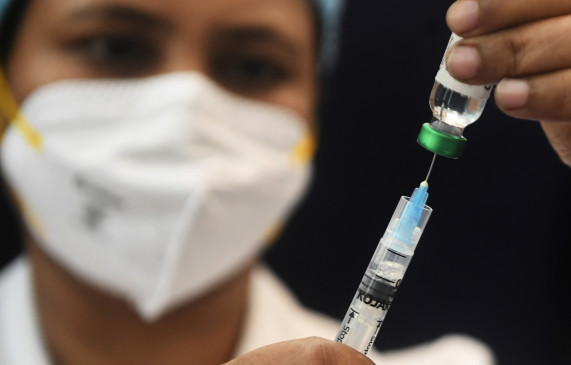 Queensland (Australia)These are very early days in terms of understanding Omicron variants. What is known is that it carries a large number of mutations, particularly in the spike protein, and seems to be spreading...

The ‘treasure’ turned out in the dinner of the woman, 12 pearls found while eating seafood, became rich in the blink of an eye

WashingtonJewelery like diamonds and pearls are very rare to find and hence their price is very high. But a woman got 12 pearls at once in her dinner, which is quite astonishing. Keeley Hill...