Rohit had to become captain, Virat should also give up Test and ODI captaincy: Shahid Afridi

New Delhi
Rohit Sharma has been made the captain of the Indian team for the T20I series against New Zealand. former captain of pakistan Shahid Afridi (Shahid Afridi) has praised the Board of Control for Cricket in India (BCCI) for this decision. He said that he was already aware of such a decision.

The former all-rounder feels that Rohit’s mentality makes him a great player and added that Rohit is calm where needed and aggressive when he has to be shown.

Virat Kohli has left the captaincy of this format after the T20 World Cup. Rohit will captain the Indian team from the T20 series against New Zealand starting from November 17.

Talking to Sama TV, Afridi said, ‘As far as Rohit Sharma is concerned, it had to happen. I played with him for a year in Deccan Chargers. He is a brilliant player whose shot selection is amazing. They are calm when needed, aggressive when needed. You get to see both their forms.

He further said, ‘Like I said, this change in captaincy had to happen. Of course he should have been given a chance.

Meanwhile, Afridi says that Virat Kohli should also give up the captaincy of Tests and ODIs and focus on his batting.

Afridi said, ‘I think Virat Kohli should take a decision that he just keeps playing as a player. This will put relatively less pressure on them. He has played a lot of cricket. He will be able to enjoy his cricket and batting to the fullest as captaining the team is not easy. Especially in India and Pakistan it is very difficult. As long as you captain well, everything is fine.

Virat Kohli is the most successful Test captain of India. Along with this, his captaincy record in One Day International is also very good.

new Delhi: Chennai Super Kings captain MS Dhoni has revealed that ‘number 7’ is very close to his heart as he was born on 7 July and it is the number on his coveted... 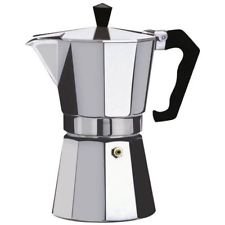 This was not expected Samsung! New smartphone will launch in the market with just 25W charging support

Highlights: Samsung Galaxy M22 will have 25W fast charging Will be equipped with 6000 mAh battery It may take time to launch New Delhi. South Korean company Samsung A new smartphone is working on...