Restless legs syndrome: Sensation is felt in the feet during pregnancy, nothing to ignore

According to a report published in the Journal of Midwifery and Women’s Health, about 26 percent of pregnant women suffer from Restless Leg Syndrome (RLS). In this problem, a sensation is felt inside the legs and there is a desire to move the leg. Because of this, it can also cause problems in sleeping.

Why do pregnant women get RLS

Even doctors do not fully understand why pregnant women get RLS. It may be related to dopamine imbalance, mineral deficiency or hormonal changes. If you got RLS during pregnancy, its symptoms will go away within a few days of delivery.

NCBI RLS is also one of the most common problems that occur during pregnancy. Its risk is two to three times higher in pregnancy.

Due to RLS, strange sensations are felt in the legs. Some people say that there is a dragging of the foot, a feeling of being hammered or feeling pain. In this, he likes to keep moving his feet.

Symptoms can occur when not doing any activity for a long time, such as when traveling, sitting in a movie theater or trying to fall asleep.

Due to this, it can also be difficult to sleep at night. This can make you feel tired and your problems may increase in the third trimester of pregnancy.

Scientists do not know the exact reason for feeling tingling in the feet at night, but some believe it is due to an imbalance of a chemical called dopamine in the brain. This chemical helps in making the movement of muscles easier.

Lack of folic acid or iron can also cause RLS in pregnancy. There is also evidence that increased estrogen levels during pregnancy can trigger RLS.

Medicines such as Recup and Mirapex are prescribed for the treatment of restless leg syndrome. Not much research has been done about what and how much harm it causes to the fetus, but you should not take any medicine without asking the doctor.

Before starting the medicine, the doctor checks the iron level and if there is iron deficiency then opioid medicines are given. The FDA has also approved a device called Relaxis for the treatment of RLS. Use it only after asking the doctor.

Children below two years of age may be allergic to cow’s milk, must be aware of the symptoms

In our country, cow’s milk is given the most importance after mother’s milk. The baby drinks mother’s milk for 6 months, but after that, for the rest of his life, he drinks mostly cow’s...

Is it right or wrong to wear diapers for the baby throughout the day, can there be damage to the skin? 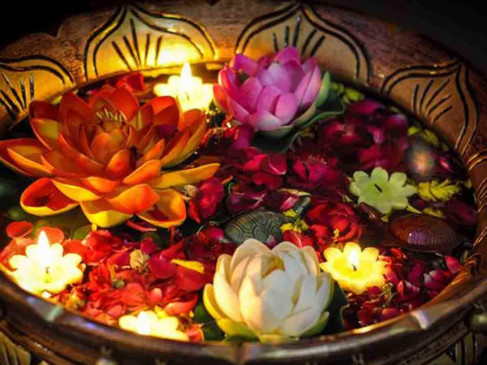 Digital Desk, New Delhi. The festival of Diwali will be celebrated on 04 November. People celebrate this festival, which lasts for a few days, with great enthusiasm for five days, while there are many...