Rajinikanth to get Dadasaheb Phalke Award, superstar saddened by this a day before receiving the award

Rajinikanth, who left for Delhi on Sunday, said in a statement, “Tomorrow is going to be an important day for me for two special reasons. First, I will be given the Dadasaheb Phalke Award by the Government of India, which is a symbol of people’s love and support.

This day will be equally important for Rajinikanth because his daughter Soundarya The voice-based app will be launched on Monday. Rajinikanth says that this app will prove to be very useful for the people. Soundarya took the initiative to ‘make a very useful app called Hootee for the people through her independent efforts.’ He told that this is the first voice based social media app in the country.

Rajinikanth said, “People can now express their thoughts and desires through their voice exactly as they do in writing in any language of their choice.” He said he would launch the app “first of its kind” in his own voice on Monday.

Rajinikanth made his acting debut in 1975 with the Tamil film Apoorva Raagangal. He also appeared in many Bollywood movies like ‘Billu’, ‘Muthu’, ‘Baasha’, ‘Shivaji’ and ‘Anthiran’, ‘Hum’, ‘Andha Kanoon’, ‘Bhagwan Dada’, ‘Terror Hi Terror’ and ‘Chalbaaz’. acted out. On the work front, Rajinikanth’s film ‘Annathe’ is slated to release on Diwali on November 4, 2021.

Let us inform that in April last, it was announced to give the Dadasaheb Phalke Award to Rajinikanth. Rajinikanth has been honored with Padma Bhushan in 2000 and Padma Vibhushan in 2016 by the Government of India. It is worth mentioning that in the name of Dadasaheb Phalke, who is called the father of Indian cinema, this award was started by the Government of India in 1969 and it is called the highest award of Indian cinema.

‘Lagaan’ actress Parveena Bano in trouble, does not even have money for medicine after having brain stroke

In Aamir Khan’s hit film ‘Lagaan’ Parveena Banu (Parveena Bano) started his career and he played the role of Kesaria. Parveena Bano had a brain stroke in the year 2011 and since then her...

In the Internet world, from time to time, many things keep coming up about one, two and five rupee notes. If you have this year’s note with you, then you will get many rupees... 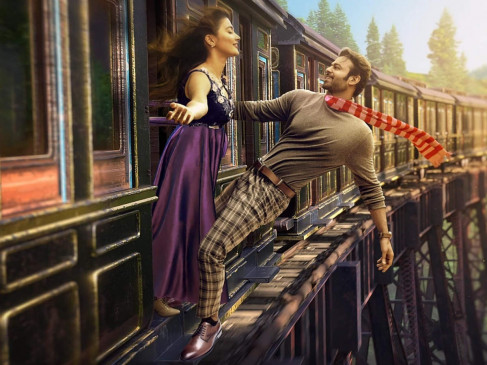 Digital Desk, Hyderabad. Superstar Prabhas S.S. Rajamouli grew into a pan-India star with his outstanding performance in the series Baahubali. With back-to-back films, Prabhas has had a hectic year. His upcoming film Radhe Shyam...