Moscow
Russian President Vladimir Putin is on worldwide target for the horrific attack on Ukraine. Russian soldiers are bombing the cities of Kyiv and Kharkiv in Ukraine. Meanwhile, a Russian professor has claimed that Putin has moved his family to an “underground city” in Siberia, located in the Altai mountains. The Russian professor also claimed that Putin was suffering from a mysterious illness. Let us know how is Putin’s secret bunker…..

Russian nuclear scientist Valery Solovy told that this luxurious hi-tech bunker of Putin is located in the mountains of Altai. This bunker is designed to remain safe even in a nuclear attack. Professor Solovey, who has taught several Russian spies and diplomats, said this week Putin’s family was shifted to a special bunker because of the threat of a nuclear attack. He said, ‘This bunker is located in the mountains of the Altai Republic.’
Lukashenko Russia Invasion: The dictator of Belarus opened the pole of ‘friend’ Putin, know who is the target of Russia after Ukraine?
‘Putin built a whole city under the mountains’
Professor Valery said, ‘It is not really a bunker, but a whole city under the mountains. It has been equipped with state-of-the-art science and technology. Solovey claims he has sources within the Russian presidential office as well. According to the Daily Mail report, the Russian professor was referring to the luxurious house built by the Russian energy company Gazpram in the Ongudiysky district of the Altai Republic a decade ago inside the mountains. This area of ​​Siberia is adjacent to Mongolia, China and Kazakhstan.

Alina is considered to be Putin’s girlfriend

According to the analysts, many ventilation points have been made at this place so that the air can go to the hideout built inside the mountain. An electric high voltage line has also been built for this place. A 110 kW substation has been built here, which can provide electricity to a small town. A large number of German tunneling equipment was brought in during the construction of the site. The professor did not say which member of Putin’s family had been brought here, but had previously alleged that Olympic gold-winning Putin’s secret gymnast girlfriend Alina Kabaeva was living there.
Russia Nuclear Drills: Effect of Putin’s threat, Russia started nuclear drills, ground-air missiles
‘Alina has the ability to influence Putin’s decisions’
“This is his real family and Alina has the ability to influence Putin’s decisions,” the professor said. He said that Putin’s girlfriend was brought to this secret bunker at a time when Putin’s plan to annex Ukraine seems to be stuck. Today is the seventh day of the attack on Ukraine and the Russian army is still facing a fierce counterattack from Ukraine. 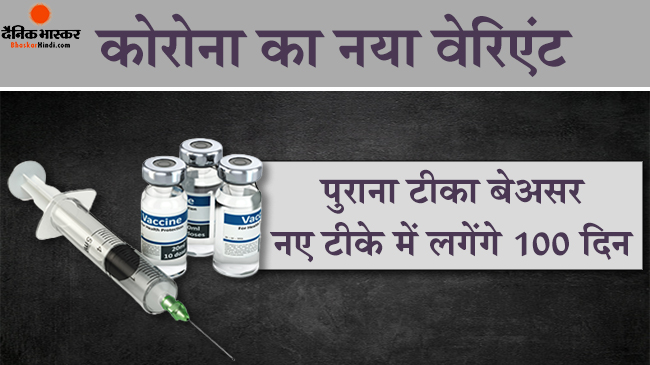 Digital Desk, New Delhi. The new variant of Corona has created panic all over the world. South Africa is most affected by the new variant Omicron. Despite taking both doses of the vaccine, no...

Heavy devastation in America due to four tornadoes, 50 killed in Kentucky, the governor said – the figure will increase