Politics of the Center: Is Prashant Kishor trying to make Chief Minister Banerjee the face of PM in 2024? Mamta working on a special mission

The way the enthusiasm of BJP leaders is sitting in West Bengal, Mamata Banerjee’s hair is blooming. The reason is clear that the Left is already battered and the Congress party has lost its strength in the state. In such a situation, Prashant Kishor, the chief strategist of Mamata Banerjee’s political campaign, has shown her the dream of Mission-100. That is, 100 Trinamool Congress MPs in Lok Sabha elections-2024. However, Congress and BJP leaders call it a Trinamool Congress leader’s daydream. Senior West Bengal BJP leader Rajkamal Pathak says that anyone has the right to dream. Now if someone starts dreaming like Mungeri Lal at the behest of someone, what can he do?

Mamta Banerjee had expanded her party Trinamool Congress even after winning the 2016 assembly elections. Once again she has joined the same campaign. This time, he has started pushing hard to make the mission of Mission-100 successful. The strategist of this campaign is Prashant Kishor. This is the same Prashant Kishor, who was reported to be joining Congress sometime back.

Prashant Kishor comes in the good book of Rahul Gandhi and Priyanka Gandhi, but for some time he has been continuously campaigning to weaken the Congress. In Mamata Banerjee’s Mission-100 campaign, she is targeted by disgruntled or rebel leaders of the Congress. In this episode, there was a sensation in the political corridor after the former President of Congress Mahila Morcha Sushmita Dev joined Trinamool Congress. Because she was counted as a member of Priyanka Rahul Gandhi’s team.

The latest name has also been associated with Kirti Azad, who left the BJP and joined the Congress, and Ashok Tanwar, former president of Haryana Pradesh Congress. According to a senior leader of Trinamool Congress, in the 2024 Lok Sabha elections, the people of West Bengal will win his party more than 35 seats. It is said that in the calculations of Prashant Kishor, this figure is sitting close to 38 out of 42 seats. Preparations are on to win the remaining 62 seats from other states. For this, the rebel and dissatisfied leaders of Congress remain the first choice of Trinamool Congress.

Even in the political circles, people were shocked when they received a message from Maharashtra Chief Minister Uddhav Thackeray. It is being said that it is difficult for Subramanian Swamy to get the next term of Rajya Sabha from BJP. The biggest reason behind this is being told that Swamy is constantly making political attacks on Prime Minister Narendra Modi. That is why Swami is also looking for a new door.

Mamta Banerjee talked to the Prime Minister about the condition of the industries and invited them to participate in the summit organized by the Government of West Bengal. Apart from this, Mamta Banerjee has a program to meet many other leaders as well. He is also expected to meet Rajya Sabha MP Subramanian Swamy.

It is told that in the visit of Mamta Banerjee to Delhi, Uttar Pradesh. Meetings are also proposed in connection with the political elections of the state. She is also likely to meet NCP leader Sharad Pawar and Maharashtra Chief Minister Uddhav Thackeray. For this, she will be on a tour of Mumbai on 30 November. This effort of Mamta Banerjee is being seen by linking the platform of opposition leaders to be ready in 2024 and opposition unity.

Heavy Rain In Maharashtra: Outcry due to rain in Maharashtra, Army-NDRF deployed, Modi’s call to Uddhav – ready for all possible help

Mumbai/New DelhiIncessant torrential rains in West and Coastal Maharashtra for the last 24 hours have thrown normal life out of gear. Rescue teams have been deployed to rescue thousands of people stranded in different... 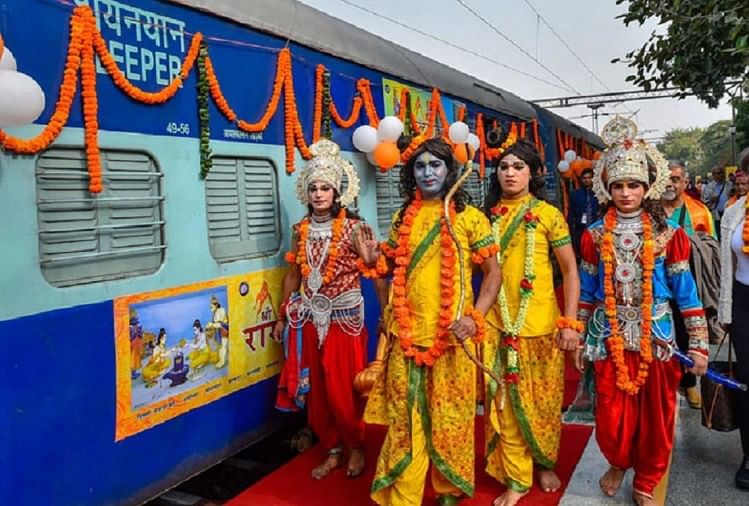 Railway is making a unique journey for Ram devotees to Ram temples across the country as well as to Ram Janaki temple of Nepal. IRCTC is running special train for this journey of 17...

TokyoIndian table tennis star Manika Batra on Saturday refused to seek national coach Soumyadeep Roy’s advice in her first round match at the Tokyo Olympics after her personal coach was denied entry on the...