Photos of Akshay Kumar and Twinkle Khanna’s wedding are viral, if you are a fan, then you have to see it immediately

Akshay Kumar and Twinkle Khanna have been married for 20 years. There are only a few pictures of their marriage among the fans. This marriage took place on January 17, 2001, in which only close family members and friends attended. Now some rare pictures of Akshay and Twinkle’s wedding have come out which you may not have seen…

These pictures are becoming increasingly viral on Instagram. Looking at them, it seems that they are pre and post wedding.

Once Akshay Kumar joked about his marriage in a chat show.

Twinkle had placed a bet

Akshay had told that Twinkle had told him that he would get married when his film ‘Mela’ flopped.

Akshay said, ‘I was lucky that ‘Mela’ flopped and we got married.

Talking about personal life, Akshay and Twinkle have two children Aarav and Nitara. 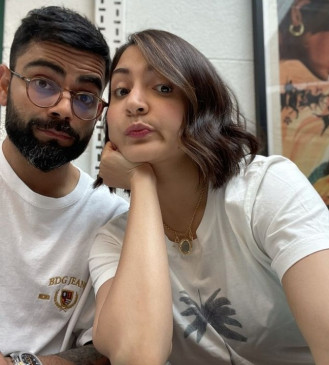 It was reported that Ranbir Kapoor had refused to do Sanjay Leela Bhansali’s film Baiju Bawra. Now another news is coming about this film and it is being said that Ranveer Singh can be...

The Kashmir Files got a gift from the Haryana government, the director expressed his gratitude when it became tax free in the state