The King of Bollywood Shahrukh Khan has completed his 30 years in the film world. On this special occasion, the actor interacted with the fans for the first time by coming live on Instagram. Along with this, the actor also released the motion poster of his upcoming film ‘Pathan’, in which Shahrukh Khan is seen standing with a gun in his hand. It is clear from this motion poster that Shahrukh Khan will be seen doing tremendous action in the film ‘Pathan’. Fans are also giving their feedback fiercely on this poster. At the same time, a question was also asked from Amar Ujala to know the opinion of the fans on the motion poster.

Actually, after the release of the motion poster of ‘Pathan’, ‘Amar Ujala’ organized a poll, in which people were asked questions about the motion poster. Question was- How did you like the look of Shahrukh Khan in the motion poster of the film Pathan? In response to this, good, disappointing and exactly three options were given, on which the fans have given a very surprising answer.

According to this poll, only 39.91 percent people liked the poster of the film. At the same time, the percentage of hopeless people is 46.64. In addition, 15.45 per cent people found the motion poster to be okay. It is clear from this poll that the fans have not liked the look of Shahrukh Khan in ‘Pathan’.

Significantly, Shahrukh Khan was seen in the film ‘Zero’ four years ago, which proved to be a flop at the box office. After this not a single film of the actor was released and now King Khan is coming with three films simultaneously. Apart from ‘Pathan’, Shah Rukh Khan will be seen in films ‘Dunky’ and ‘Jawan’. Along with Shahrukh, Deepika Padukone and John Abraham will also be seen in Pathan. The film will release on 25 January 2023. Apart from this, Shah Rukh will be seen doing cameos in ‘Brahmastra’ and ‘Rocketry: The Nambi Effect’ releasing this year.

Ajay Devgan left behind Salman Khan and Thalapathy Vijay, became the number-1 star in this case

Bollywood superstar Ajay Devgn (Ajay DevgnThese days, due to the new bungalow in Mumbai, they are in discussion, while on the other hand they have achieved a new position. Ajay Devgan has left behind... 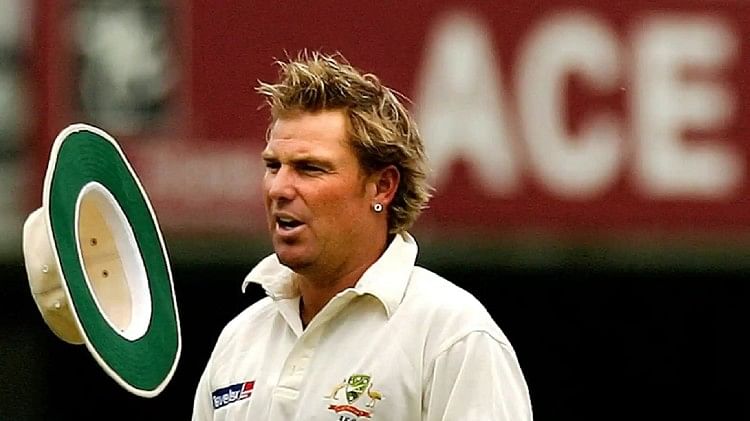 Shane Warne passed away: Shane Warne was watching cricket before suffering a heart attack, friends struggled for 20 minutes but did not survive