New Delhi.
OnePlus Pad And OnePlus 10 series Smartphone Launch Specs: Along with its smartphones, premium tech company OnePlus, which has been making its way through smartwatches and smart TVs, is going to enter the tablet segment soon and is about to launch its first tablet OnePlus Pad. Recently, OnePlus Pad has been revealed on the certification site, after which the discussion has started that preparations have started for OnePlus’ first tablet launch and it is believed that by the end of this year or early next year. Along with OnePlus 10 Series Smartphones, OnePlus Pad will also be launched.

read this also-These 3 laptops from HP, ASUS and Lenovo are the best for students in less than 25 thousand rupees, see features

premium segment tablet
Say OnePlus Pad or OnePlus Tab has recently been spotted on the European Union Intellectual Property Office (EQUIPO) certification site. The possible specifications of OnePlus’ first tablet will be known in the coming time and at the moment no information related to it has been revealed. Talking about its possible price, it can be launched in the range of 35-40 thousand rupees in other countries including China and India. For now, if we talk about the upcoming smartphone launch of OnePlus, then the company is soon going to launch a new smartphone of its popular Nord series OnePlus Nord 2 5G in India, which will see advanced cameras and flagship processors.

a lot of new will come
In the coming times, OnePlus can give more options to the people by launching a variety of home appliances and other products in the smartphone, smart TV, smartwatch and earphone-earbuds segment as well. At present, there are many other companies including Xiaomi, Realme, Samsung in India, which have launched home appliances and many electronic products. Soon you can get to hear many more good news from OnePlus. 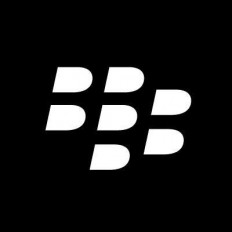 Digital Desk, San Francisco. Blackberry, one of the most popular phone brands in the pre-smartphone era, has announced that it is selling patents covering mobile devices, messaging and other technology to Catapult IP Innovations...

Realme 9i Price Specifications: Handset maker company Realme has launched its new smartphone Realme 9i. Talking about the important features of this handset, this mobile is packed with 50MP triple rear camera setup, 90Hz...

Samasung Galaxy S23 with 200 MP camera can be launched on this day, know everything about its features

Samsung’s official website will also stream live video of the Samsung Galaxy Unpacked event. In addition, the Samsung Newsroom and Samsung’s YouTube channel will broadcast the event live. It will be streamed live at...