On Father’s Day, Kangana Ranaut expressed love for her father, said – used to become a villain happily for her mother

Celebrities have thanked their fathers by sharing messages in their own way on the occasion of June 20. () has also talked about her father’s strictness many times, but now she has shared a very cute and emotional note for her father on Father’s Day and expressed her love for her father. Sharing a picture of herself with her father, Kangana Ranaut wrote in her Father’s Day note, ‘Father never gets enough credit for his contribution. Mother asked Papa to do everything to fulfill our need of discipline, hardship and ambitions. He taught us to read and write, he took us to the doctor to get injections, whenever the mother wanted to refuse or scold us for something, she would do it only through the father because we did not listen to the mother, then the father was happy- Happiness became a villain. Thank you papa for your selfless love. Happy Father’s Day. Talking about the work front, Kangana Ranaut’s film ‘Thalaivi’ can be released soon. The film is a biopic of former Tamil Nadu Chief Minister Jayalalithaa. Apart from this, the shooting of Kangana’s film ‘Dhaakad’ is going on in which she will be seen in action avatar as Agent Avni. Kangana is also working in the film ‘Tejas’ in which she is playing the role of a fighter pilot of the Indian Air Force.

KBC 13: Contestant Rashmi Kadam’s father was once Amitabh Bachchan’s bodyguard, Big B was surprised to know the truth 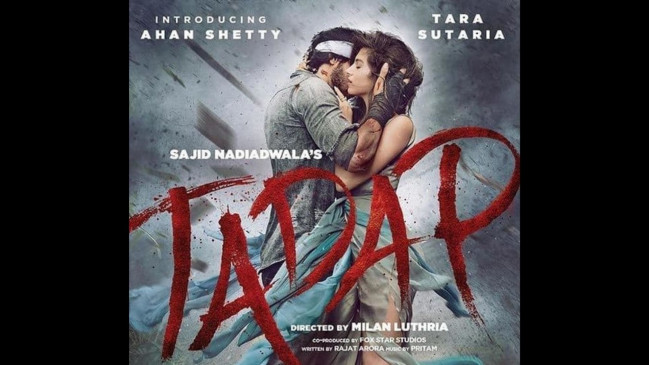 Digital Desk, Mumbai. Ahan Shetty, son of Bollywood actor Suniel Shetty, is going to make his acting debut with the film Tadap. Tara Sutaria will also be seen in the lead role with him...