Novak Djokovic detained for the second time, the matter will be heard on Sunday

Melbourne
World number one tennis player Novak Djokovic is again in immigration custody after his visa was canceled for the second time for not being vaccinated against Corona. His appeal against the cancellation of visa will now be heard in the High Court.

The matter will be heard in the Federal Court on Sunday while the first Grand Slam of the year, the Australian Open, begins on Monday. Police have closed the lane behind the building where Djokovic’s lawyers are staying. On Saturday afternoon, two vehicles came out from there. TV footage showed Djokovic sitting in the back seat wearing a mask as the vehicle stopped outside the immigration detention hotel.

The Australian Associate Press reported that Djokovic is in custody again. He had spent four nights in the same hotel earlier as well. Immigration Minister Alex Hawke said on Friday that he had exercised his privileges as minister to revoke the visa of the 34-year-old Serbian player on public interest grounds.

Hawke said that he has taken this decision keeping in mind the public interest for health reasons. He said in a statement, ‘The Morrison Government is committed to protecting the Australian borders during this time of Corona epidemic.’

Djokovic’s visa has been canceled for the second time. His visa was revoked by the Australia Border Force on arrival in Melbourne last week because he did not meet the criteria required for medical exemption from Australia’s stringent coronavirus vaccination rules. He spent four nights in the segregation hotel, after which the judge gave a verdict in his favor on Monday.

Meanwhile, in a social media post, Djokovic admitted that there was a mistake in his travel detail form but called it an unintentional human error by his agent.

Previous Post
AISSEE 2022: Sainik School entrance exam postponed, more than 8 thousand students applied, see update
Next Post
Before insulin, diabetes meant death! How was the discovery of that medicine which people believed to be ‘charisma’? 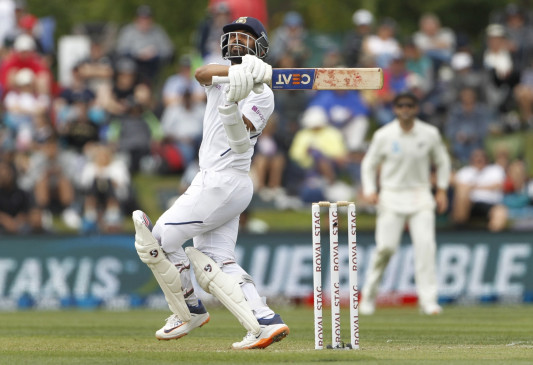 Digital Desk, New Delhi. Ajinkya Rahane and Cheteshwar Pujara The batsmen considered to be the backbone of the Indian Test team are going through bad form these days, due to which they have to...

Babar Azam’s mother was on ventilator, war continued over death during India-Pakistan match

DubaiPakistan has emerged as a strong team in the World T20. After defeating arch-rivals India, their Vijayarath is fast progressing towards the semi-finals. Its captain Babar Azam has an important role in this success...

INDw vs ENGw: Despite the victory, Harmanpreet and Co were fined, know what is the reason

Highlights: Indian women’s team was defeated by 18 runs in the first T20 Harmanpreet Kaur & Co beat the hosts by 8 runs in the second T20 The third T20 of the series will...