Nokia’s latest feature phone will read aloud the message in the phone, priced at Rs 3,000. in the range of

VGA camera has been given in Nokia 110 4G. Also 3.5mm headphone jack has been given. It also includes FM radio and hands free music playback support. Both the phones feature a 1.8-inch TFT non-touchscreen display with a pixel resolution of 120×160. It don’t work on KaiOS. This means that these regular feature phones come with software. Readout Assist feature is present in both the phones. It will read out any text or menu.

Music support is also provided in Nokia 110 4G and Nokia 105 4G. It supports 32 GB microSD card. Also it comes with FM radio. It has an LED flash which acts like a torch. It is present with the rear camera. In such a situation, it will come in handy while taking photos. Both the phones have a 1020 mAh battery which provides several days of standby time.

COVID19 Statewise Status: How many cases in your state, see online like this, note this official method

COVID 19 Cases in India: Coronavirus cases have started increasing again in India and the figures coming out every day are staggering. Every day new cases of coronavirus are coming out in every state,... 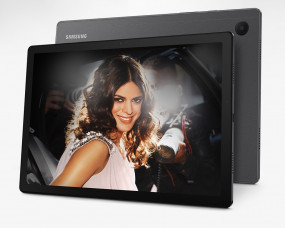 Samsung Galaxy Tab A8 launched in India, priced at Rs 17,999

Digital Desk, New Delhi. Samsung on Thursday announced the launch of the Galaxy Tab A8 with an expanded 10.5-inch screen, slim bezels and 16:10 common aspect ratio in India with prices starting at Rs...

Made in India: JioPhone Next will be the country’s cheapest 4G smartphone, will be available from September 10, know all the details

Highlights: JioPhone Next announced Available from 10th September Phone made in partnership with Google New Delhi. Today the 44th AGM of Reliance Company was held. During this JioPhone Next has been announced. It will...