Nawazuddin Siddiqui was talking to his girlfriend when his wife was getting delivered; Were blown away by the revelations of wife Aaliya 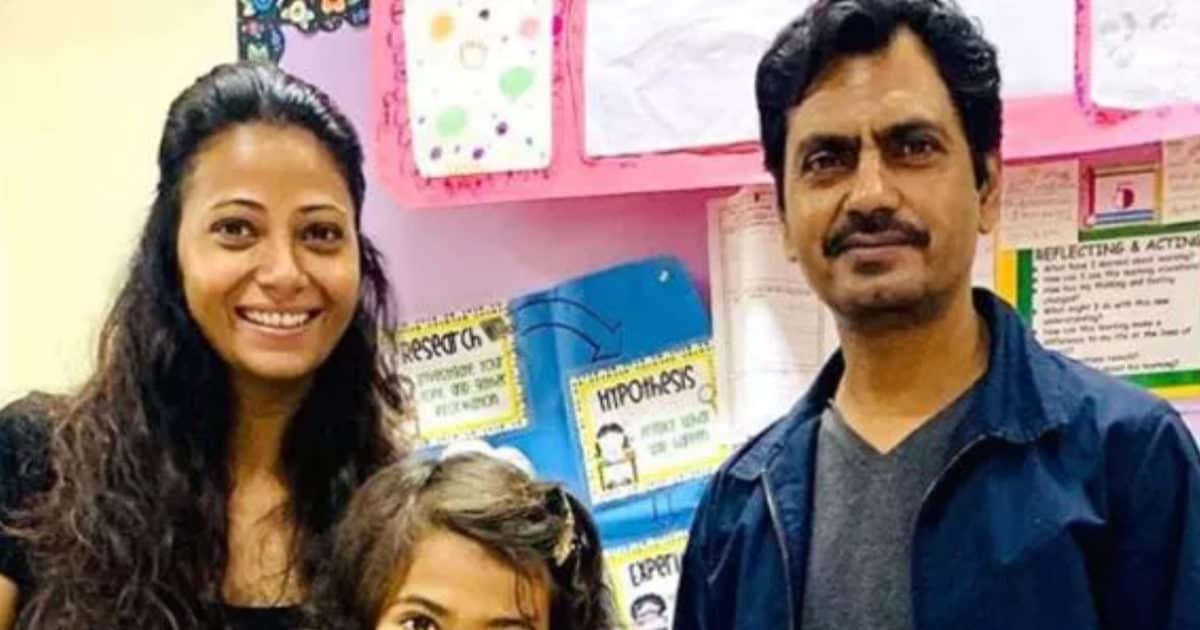 
New Delhi. Nawazuddin Siddiqui may be living with his wife Aaliya these days, but last year their love-filled relationship had reached the verge of divorce. Remind you that in the year 2020, while filing a written complaint, Alia had accused Nawaz of rape and cheating. This complaint was lodged at the Versova police station in Mumbai. Alia had also filed for divorce from Nawazuddin in the court. Even the case of both had reached the Special Pocso Court. During the case, there was a lot of rhetoric between the two in those days. In this statement, Alia made many serious allegations against Nawazuddin in front of the media and the court. One of these allegations was regarding Nawaz’s extra-marital affair.

In those days, Nawazuddin Siddiqui’s wife, who was seeking divorce, had revealed that Nawaz was dating another girl when she was pregnant. He had an affair with not one but many girls. However, Nawaz’s affair did not stop even after marriage and his wife’s pregnancy.

Alia used to live in live-in before marriage
nawazuddin siddiqui His wife had told all these things in a conversation with Pinkvilla in those days. According to media reports, Aaliya had said that she knew Nawaz since 2003. She used to live with him in live-in. Apart from these two, Nawaz’s brother Shams also lived with him. She had told that she always had problems with Nawaz, yet they got married. Aaliya further made a shocking disclosure about Nawaz’s extra-marital affairs. He had said that I remember very well that when we were dating and we were about to get married, Nawaz was in a relationship with someone else. We had a lot of fight about this before and after marriage.

Used to talk to girlfriend at the time of delivery
Aaliya had also said that when she was pregnant, she used to drive herself for checkups. When she was in labor pain, her husband (Nawaz) was not with her. He was talking to his girlfriend. She knew all this because she used to get phone bill statements. Aaliya had then claimed that Nawaz’s brother Shams used to tell her about his nature as Shams gave her the phone bills. When she came home after delivery, she came to know that there were some girls who were staying at her house in her absence. After this, in May 2020, Aaliya sent a legal notice to Nawaz on email-Whatsapp, demanding divorce from him.

Got taunts because of his voice, ‘Anna’ spent nights crying from beaten films, Sunil Shetty’s dream of earning crores is still incomplete

Let us tell you that Nawaz-Aaliya also has two children. After the lockdown, the relationship between the two has improved. Aaliya herself had told this to the media. Nawaz-Alia live together in Mumbai. On the other hand, according to the reports, Aaliya has also withdrawn the divorce application with Nawaz.

Burnt buttermilk of milk is also drunk by blowing, same is the condition of the makers of ‘Pathan’, know how?

He drinks even the burnt buttermilk of milk… This phrase is quite common. Which means that after getting hurt once, a person takes every step by breath. The same situation is happening with Shah...

There is a long list of those who have said goodbye to TMKOC, rift on the set also became the reason; shocking second name

New Delhi. 1Director Malav Rajda, who was associated with ‘Taarak Mehta Ka Ooltah Chashmah’ for 4 years, directed the show for the last time on 15 December. She has surprised everyone recently by announcing... Ran away from home in 15 years, pregnant before marriage, married twice, know the life of TV’s ‘Parvati’

Puja Banerjee Personal Life: TV stars are also no less popular than Bollywood stars today. Pooja Banerjee is also included in these stars who are quite famous. Apart from being very beautiful, Pooja is...