Navratri 2021: Importance of worship on Navratri Ashtami-Navmi date, know why goddess is pleased by worshiping girl Why is Kanya Puja necessary?
The girl child is the seedling of the creation chain. It represents Mother Shakti in the form of nature on earth. According to the scriptures, the nine Durgas in the form of power, the nine planets in the form of administrators, the nine types of devotion that give freedom from the threefold heats and give four efforts, play a major role in the operation of the world. To get the blessings of Goddess Durga during Navratri, we do fasting, worship, rituals etc., which destroys fear, obstacles and enemies in life, brings happiness and prosperity. It is believed that the goddess is not so pleased with the havan, chanting and charity as the girl is pleased with the worship. Worship of one girl with reverence leads to opulence, from the worship of two girls, enjoyment and state honor, from the worship of four and five, wisdom is achieved, by worshiping six, success is achieved, by the worship of seven, the supreme state, Ashtalakshmi is attained by the worship of eight and all kinds of opulence are attained by the worship of nine girls.

What is the fruit of worship of which form?
In Durga Saptashati, it has been said that even before Durga Puja, worship the girl child, only then start worshiping Mother Durga. During the nine days of Navratri, special care should be taken that the age of the girls should not be less than two years and not more than ten years. Worshiping a two-year-old girl i.e. Kumari form destroys all kinds of sorrows and poverty. Worshiping Bhagwati Trimurti brings wealth.

Worshiping Goddess Kalyani brings success and happiness and prosperity in all spheres of life. Worshiping the Rohini form of the mother removes all the diseases from the family of the native.

Worshiping the Kalika form of Mother leads to attainment of knowledge, wisdom, fame and victory in all fields.

A seven year old girl is the form of Maa Chandika. Worshiping this form brings wealth, happiness and all kinds of opulences. Worshiping Maa Shambhavi leads to victory in battle, court and fame.

A nine-year-old girl is considered to be a form of Durga. Worshiping this form of the mother removes all obstacles, enemies are destroyed and success is achieved even in the most difficult tasks. Worshiping Goddess Subhadra Swaroop brings all the desired fruits and all kinds of happiness. 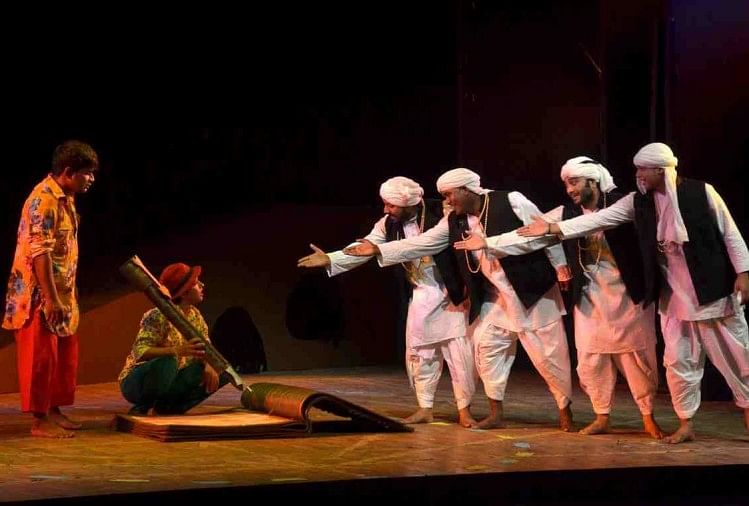 Bad theatre: Artists said – when cinema halls can open, why not auditoriums, the government should give financial help to the theater workers

Summary Renowned artist MK Raina tells that he has recently returned from Kashmir after doing a project. But in his eyes the condition of Delhi and the surrounding theater is very bad. Kejriwal government... 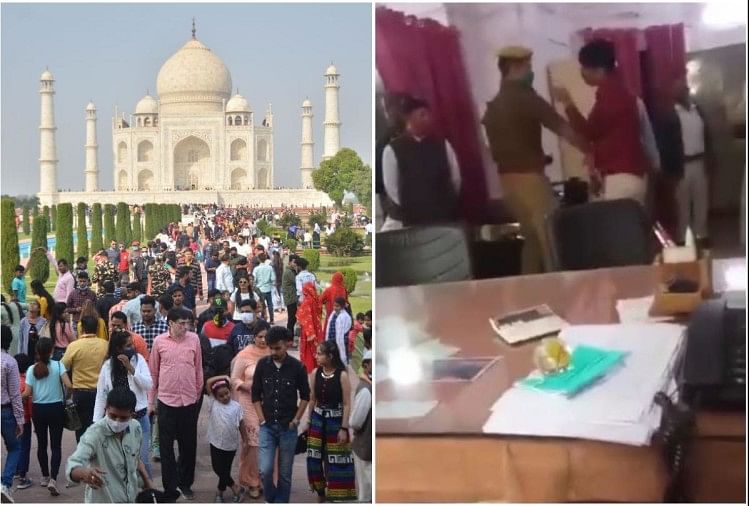 Amar Ujala Bureau, Agra Published by: Mukesh Kumar Updated Sun, 14 Nov 2021 09:38 AM IST Summary The Assistant Commandant of the 15th Corps PAC had come to see the Taj Mahal with the...

Video: ‘Basanti’ did not listen to ‘Veeru’, danced fiercely in front of dogs!

In the world of internet, new videos keep going viral every day. Sometimes a video of someone’s dance becomes viral, sometimes someone’s song and many videos are such that they can’t stop laughing after...