Mumtaz used to love Shammi Kapoor very much, did not marry because of this one fear

Bollywood actress Mumtaz’s relation with Shammi Kapoor has been very popular. She was in love with the actor but could never marry him because of her career. She had dated Shammi Kapoor for many years but later both of them broke up. Mumtaz had told that she was 17 years old when she fell in love with 18-year-old Shammi Kapoor. The actress wanted to become something, wanted to move forward in her career. In such a situation, the decision to marry him did not seem right at that age. And later he turned down Shammi’s marriage proposal. Now he talked about his affair and actor’s wife Neela Devi in ​​an interview. Neela Devi was last seen in the 1990 film Aandhiyan and later married Shammi Kapoor.

A few years back, Mumtaz had revealed that Shammi Kapoor wanted to marry her but she refused. He was in a relationship when he was young. Together they have done many films like ‘Vallah Kya Baat Hai’ and Brahmachari. In an interview with Pinkvilla, when the actress was asked if she regretted separating from Shammi Kapoor, the actress said, ‘Yes, I was definitely sorry, I used to love him very much. I was sure that he also loved me very much. I still feel bad that I could not marry him. The actor further told that at that time he was too young to get married.

Mumtaj was in pain in the hospital, 25 years ago breast cancer forced him to moan
Shammi Kapoor and Mumtaz parted ways
The actress said that she was 17 years old and at that time she had to do a lot in her life. According to the actress, after refusing to marry, both of them separated on a good note. Shammi Kapoor ji didn’t do anything that would make me feel bad for him. He was very nice and caring towards me. But you cannot fight with luck.

Mumtaz Health Update: Mumtaz discharged from hospital, 25 year old breast cancer treatment now gives pain
Mumtaz regrets not marrying Shammi Kapoor
Mumtaz also talked about Shammi Kapoor’s wife Neela Devi. He said that she was the best for the actor. ‘To be honest, if I had been married, it wouldn’t have worked. Because I always feel sorry in my heart. I wanted to do acting. I wanted to achieve something. And the Kapoor family was very strict about their daughters-in-law working in films. Anyway, he is married to a very nice lady. He is a very honest person. They both have a very good pairing and they have handled the actor well. Let us inform that Mumtaz made her Bollywood debut at the age of 11 with the film ‘Sone Ki Chidiya’ released in 1958. Then she was included in the list of the most famous actress of Hindi film.

Drugs case: Sameer Wankhede, who went to Delhi amid allegations of bribery, said- I have come for some other work

Corona crisis on SS Rajamouli’s RRR? Know whether the film will be released on time or will be postponed

There is a crisis of new variant of corona virus Omicron (COVID-19 in India) in the country. Cases are increasing rapidly in many states. Taking precaution, a ‘mini lockdown’ has been imposed in Delhi.... 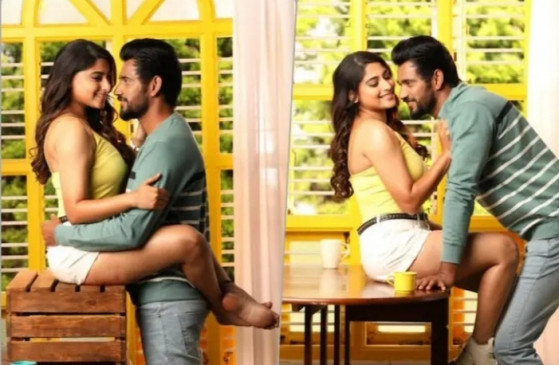