Mother refused… by the order of the Supreme Court, the unwanted innocent child of two and a half years finally got the house

New Delhi
A two-and-a-half-year-old girl living in child care in Maharashtra has finally found her home. This girl was forced to live in a child care home only after five months of her birth. After the hearing related to the case on Friday, the Supreme Court ordered the adoptive parents to take interim custody of this girl.

The girl was orphaned by the order of the court
The court also referred to the tragic situation arising out of the Child Justice (Care and Protection of Children) Act and the state of the judicial system in the matter. A bench of Justices Hemant Gupta and Justice V Ramasubramaniam observed that generally, a child becomes orphaned by natural events (when both the parents die). But in this case, the child became an orphan by a court order.

Mother did not want to keep the child with her
The court granted interim custody to adoptive parents Kripal Amrik Singh and his wife Balwinder Kaur to take the child home from childcare in Mumbai. The mother who gave birth to the child was also in favor of this decision. The girl’s mother had given two reasons for her birth. In this, apart from the rape of his employer, there was talk of a relationship with a friend.

There was a possibility of selling the child
The girl was born on January 8, 2019. Eight days later, an NGO ‘Childline’ informed the Child Welfare Committee (CWC) under the Maharashtra government that the mother was not taking care of the child. The NGO also told that her mother was ready to adopt the child or keep her in an ashram. The NGO feared that the mother might sell the child.

Case on mother giving birth and adopter
The CWC directed the mother to appear before her with the child once every month. But on January 22, 2019, the mother gave her consent to adopt her child through a notarized adoption deed in favor of Kripal Amrik Singh and his wife. They took the girl to Punjab. When the NGO came to know that the child had been sold for Rs 40,000 it informed the CWC. After this, a case was registered against Kripal Amrik Singh and the girl’s mother on June 18, 2019. The CWC directed to hand over the girl to a Vatsalya Trust. 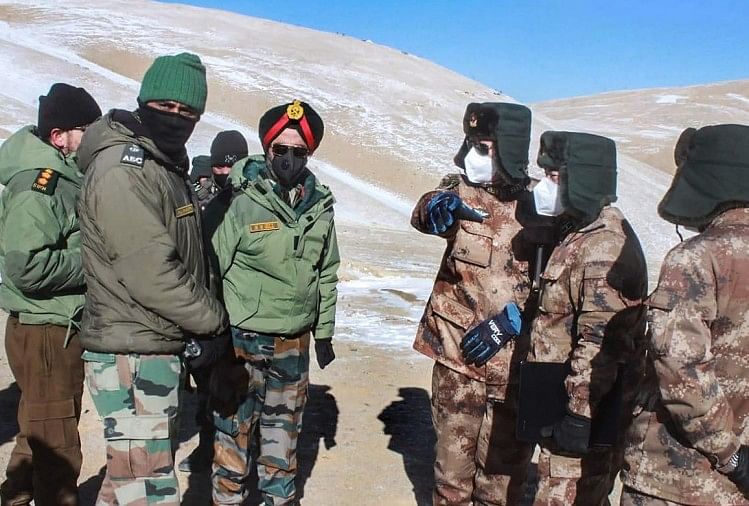 15th round of military talks: 15th round of India-China talks to end tension in Ladakh begins, deadlock persists for 22 months

National Sero Survey India: How much corona spread in the second wave? ICMR will conduct national sero survey to know

Highlights: The government said, the situation of corona in the country is stabilizing People are still advised to continue with the rules of social distance Sero survey will be done to assess the spread...