Mega meeting of Kashmiri parties, backdoor support of Farooq Abdullah to the Centre… Preparations for assembly elections started in J&K?

Srinagar
Political agitation has intensified in Jammu and Kashmir. On June 24, all the parties of the state have been called in Delhi for an all-party meeting to be chaired by the Prime Minister. All regional parties including National Conference, Peoples Democratic Party, JKAP will participate in this meeting to be held at the Prime Minister’s residence.

According to highly placed sources, the Delimitation Commission, which was set up in February 2020 after the passage of the Jammu and Kashmir Reorganization Bill, is likely to submit its report soon. Justice Ranjana Desai, who is chairing this commission, can submit her report to the government a few weeks after the meeting of the PM and all the parties.

It has also been discussed in the meeting of PM and central security agencies that political activities should be restored in a phased manner in Jammu and Kashmir. For this, strong security arrangements have also been emphasized.

Delimitation Commission may give report by the end of July
It is believed that before the report of the Delimitation Commission, an initiative has been taken by the PM to take all the parties into confidence. A senior official associated with the Jammu and Kashmir administration, on the condition of anonymity, said that the government is trying to hold the assembly elections in February or March later this year.

Recently, the machinery of the Union Territory of Jammu and Kashmir, which was successful in preventing incidents of violence in the election of the District Development Council, is now also churning to conduct elections in an atmosphere of peace. The first step in this process is the determination of the delimitation, the work of which is being completed expeditiously.

It is believed that if all goes well, the final report of the commission will be submitted to the government in late July or early August. After this, elections to Jammu and Kashmir can also be held along with the UP elections in October-November or February-March.

Suddenly Farooq and Umar came close to Delhi!
Amidst the news of all the activities in the state, former CM Farooq Abdullah, leader of the National Conference, has supported the decision of the Center to determine the delimitation. Farooq says his party is not against delimitation and all avenues for talks with the Center are open. This statement of Farooq Abdullah is being linked with the prospects of assembly elections.

At the same time, Umar has also visited Delhi several times in the last few days. Omar’s most recent visit comes soon after the Gupkar Alliance meeting that was held at Mehbooba Mufti’s residence in Srinagar.

Government got hope after DDC elections
The state was bifurcated in Jammu and Kashmir on 5 August 2019 after the abolition of Article 370. Giving separate Union Territories status to Ladakh and Jammu and Kashmir, the government had said that Jammu and Kashmir will be given full statehood when the situation becomes normal.

Since the conclusion of this election, the government was constantly brainstorming on the possibility of assembly elections and the recent political development is being considered as a step in this direction. 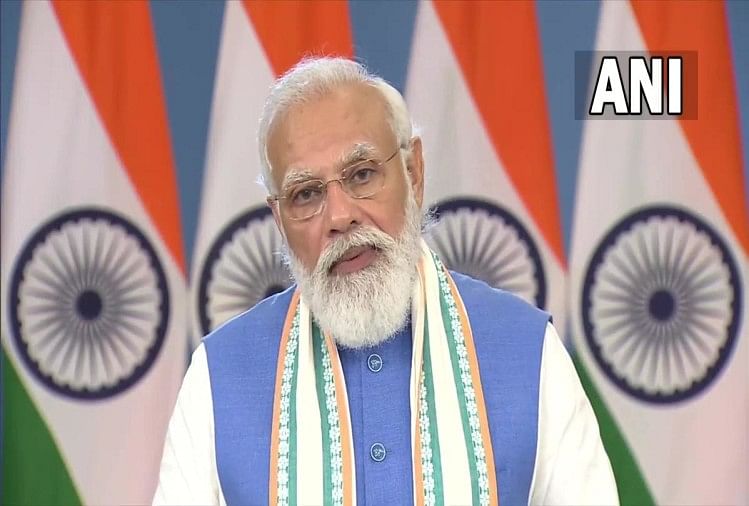 Global Citizen Live: Modi said ‘the challenge of poverty can be fought only when people consider the government as their partner’

‘I am not afraid of the Taliban, they will shoot, but I will protest till my last breath,’ the Afghan girl shouts

KabulAfter the Taliban occupation in Afghanistan, now the voices of protest have also intensified. In many cities including Kandahar, Asadabad, Jalalabad, common people are taking to the streets against this dreaded terrorist organization. In...

Only Saqlain Mushtaq used to throw the right ‘doosra’, Ashwin also appealed to change the rules

southamptonIndia’s star spinner Ravichandran Ashwin feels Saqlain Mushtaq was the only spinner to bowl a ‘valid second’ during his career and wants the game’s governing body ICC (International Cricket Council) to replace the current...