Listened to Pushpa’s applause a lot, but even after seeing these 5 mistakes, you could not see!

Allu Arjun’s film ‘Pushpa: The Rise’ (Pushpa: The Rise) continues to rock the box office. Now its Hindi version has also been released on Prime Video. It can be seen from the comfort of home. We also saw this while enjoying this facility. Because due to Corona, I could not go to see it in the theater. Well, watching this film of 175 minutes i.e. 2 hours 55 minutes and 5 seconds with as much zeal, was as much dismay at the end of it. Actually, while watching this film, it felt many times that we were not watching Allu Arjun’s Pushpa, but Yash’s KGF Chapter 1. Means nothing new. The villains didn’t look good either. The twist also faded at times. Although you must have heard a lot of praise for this film, seeing yourself would have applauded. But some things would not have been noticed which are very strange in the film.

Rocky’s story matches that of Pushpa!
The story of KGF Chapter 1 revolves around the gold mine and the smuggling of red sandalwood into Pushpa. Rocky does not have a father in KGF Chapter 1. He is an orphan. And the same is seen with Pushpa. Meaning both are shown as illegitimate. Both are poor. The mother of both takes care of their stomach in their own way. Both work with the big goons and dons of their area to earn money and for the big man. He does not bow down before anyone. I mean work your way. Both put their firm faith in their respective bosses and take control of the whole business. By the end of the story, he also becomes a threat to everyone. People start worshiping him. Now in such a situation, what people felt special in Pushpa, I do not understand. Because what we have seen in other films, the same has been served in this film with a little more decoration.

In the name of emotional factor fell face to face
In the film, Pushpa was labeled as illegitimate and this was also used repeatedly in the film. Shown at first school time how he was insulted for his surname. Then when he came into smuggling, the police was seen breaking his courage with this thing. Meaning there was probably no other topic for the director to connect the audience in the film. That’s why he put it in place. However, it didn’t seem like a very touching scene because we have seen the concept of being illegitimate in many films. Have also felt but with this concept in Pushpa as if justice was not done. Pushpa did a lot of action in the film but missed doing emotional scenes. Just as people start crying after seeing the emotional scene of a film, it was not felt after seeing it.


girl was wrongly protracted
Pushpa falls in love with Srivalli at first sight. This happens in every movie. To see her, he passes around her like crazy. But she doesn’t even look at him. This is also usually shown in many movies. You have seen it too. But how far is it right to make a girl laugh by paying money. Actually, Keshav had to do something to please the friend. She gave Rs 1000 to Srivalli and her friends to watch the film and made a condition that instead she would see Pushpa and laugh. Now the money has been taken, so the thing that has to be done was done. Srivalli kept his promise. After this Pushpa asked him to kiss by giving 5000 rupees. Srivalli agreed to this too. She doesn’t kiss though. Terrified she comes back. After these two scenes, you think that where it happens in today’s time that a girl of an ordinary house sees a stranger with money, laughs and is ready to do till what. Even when there is no pressure that if it is not done then it will happen, it will happen.

Meaning Srivalli could have been shown as mighty too. The hand pie could not have been right, it could have been blunt. She could put her point in front of others with a sternness. In the beginning of the film, she was shown doing a lot of crazy things. The friends were shown riding a motorcycle. But what romantic and comedy angle the director was extracting from the film by showing Srivalli doing this for money, is not known.

Explosion of villain
Jolly Reddy, Jakka Reddy and Konda Reddy were the three main villains in Pushpa. The way they were introduced, it seemed that they would be very dangerous. But all three got out. Let’s talk about Jolly first. This was the youngest brother. It was shown as debauchery and girlish. Screaming and shouting was seen in the film but never felt that it was a villain. In the end, Pushpa broke her arms and legs and made her sit. So its story is over. Then came the middle brother Jakka Reddy. It was said to be the most intelligent. It was said that he used to keep the accounts of all the goods. Now where he kept it, how he used to keep it, it is not known. Because it was never seen in the film. Always seen on the back foot. Keep searching for its wisdom throughout the film, but nothing was found. In the reverse, Pushpa’s bodyguard became only in the last. Now coming to elder brother Konda Reddy. It was said to be the most dangerous. This was also shown to some extent in the film. With its appearance and gesture, it would have given the feel of a villain, but being a spectator was not afraid. Yes there was another villain Srinu. Burying people alive in the ground and brutally killing them was proof of its villainy. On the basis of this, he used to scare people, but this arrogance also removes Pushpa. Overall, it was not fun watching the villain of this film. Because the villain may be killed at the end of the film, but in the whole film he should be the collision of the hero. Which is not seen in Pushpa.


Fahad Fasil has drowned himself
The film was running on one of its tracks till the interval. Pushpa was slowly showing her excellence in the business. As the villains were now, they were setting the stage for the film. But as soon as Fahad Faasil entered, the story turned into a damaadolo. Like an earthquake occurs for a few seconds and everything is destroyed. Just like that was the entry of Bhanwar Singh Shekhawat. Means did not like the tadka of bringing twist in the story at all. Suppose his arrival was to connect Part-2. But there must be a link. Bring anything from anywhere and make it stand. Bhanwar is brought into the scene with a cool bhakaal. It is felt that with its arrival time, circumstances and emotions will all change. But the opposite happens. To mix them up in the story, it was first shown against Pushpa. Then made a close friend and when all the smugglers were with Pushpa, Bhanwar Singh was made Pushpa’s enemy. Didn’t understand the meaning that when enmity had to be made between both of them, they would have done it from the very beginning. What was the need to do all this drama in between? Believe that Fahad Fasil is a good artist. But it also depends on the role that the person he is playing, what he wants to say. To add part 2, only Fahad Faasil has been added at the end or else his background has to be shown. Don’t know about it. But the ending of the film felt very wasteful. Just like gold water has been poured on the yellow metal. It’s all shiny in the beginning and all useless in the end.

Kareena is away for the first time on her son’s birthday, sharing a staggering video of Taimur and said – there is no one like you

Kareena Kapoor is battling the disease of Kovid-19 these days. Today is the birthday of her eldest son Taimur Ali Khan, but the compulsion is that she cannot even hug her child. However, today...

Saddened by the news of the death of Sidharth Shukla, a video of Nia Sharma, who has called wealth-fame, name-fame worthless, has surfaced. In this video, Nia is seen partying with her friends. Nia... 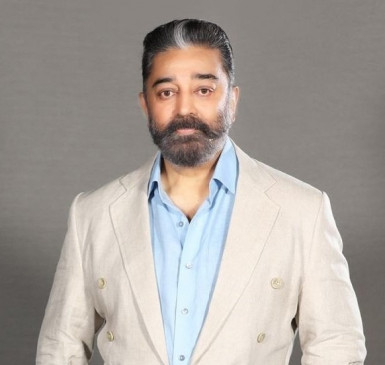 Digital Desk, Chennai. Southern superstar and Makkal Nidhi Maiyam (MNM) president Kamal Haasan on Monday said that he has tested positive for COVID-19. The actor said in a tweet that please remind yourself that...