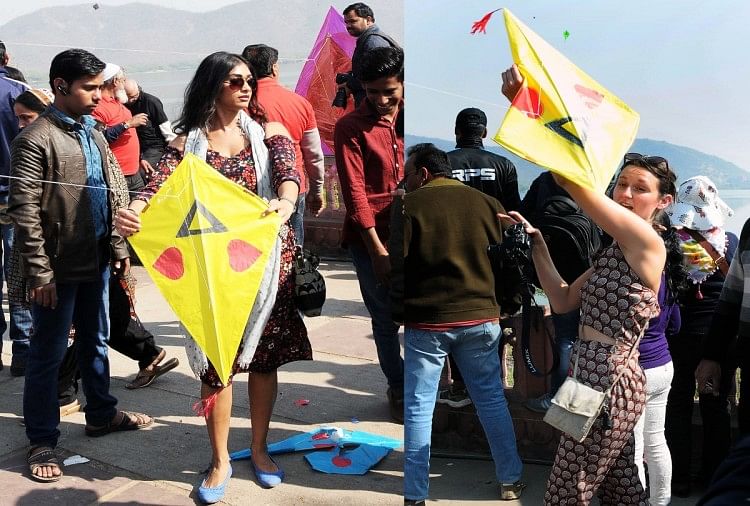 If you or any of your family members fly kites, then definitely read this important information, otherwise you, friends and family may find it expensive to fly kites. Who does not like to fly colorful kites that touch the clouds of mind, under the open sky, but this hobby can also overwhelm you. Flying kites according to your will can land you behind bars.

Not only this, you may also have to pay a fine of lakhs for flying kites. It is not exempted even on the day of Makar Sankranti. Because, kite flying is illegal in the country. We are talking about India only. Flying kites in our country is not only illegal, but for doing so, there is a provision of imprisonment of two years and a fine of Rs 10 lakh. It is funny but 100% true. For this, a law has also been made in the country.

Questions are being raised on this law

It seems unbelievable that you are breaking the law in pursuit of such a simple hobby. Which can result in a prison sentence and a hefty fine. What can be the logic behind such a law and is there any justification for this law. In such a situation, the question arises as to why the law has been upheld. Why has this law not been changed? However, the provisions of the law may vary according to different regions. Let’s know some important information …

Is kite flying illegal in India?

Yes. Kite flying is illegal in India. This is due to the Indian Aircraft Act 1934 implemented in the country. Under this law, flying kites and balloons etc. have been banned in the country. Kite flying is illegal in India according to the Indian Aircraft Act of 1934, which was amended in 2008. Section 11 allows for imprisonment of up to two years, a fine of Rs 10 lakh, or imprisonment and fine. However, a provision of license has also been made for those who are fond of kite flying. Kite flying is permitted on receipt of this license.

What does the Indian Aircraft Act of 1934 say?

Section 11 of the Indian Aircraft Act of 1934 i.e. the Indian Aircraft Act 1934 states that whoever knowingly flies an aircraft in such a manner as to endanger any person or any property on land or water or air, shall be deemed to have a shall be punished with imprisonment for a term which may extend to one year. It may extend to one year, i.e., imprisonment for two years, or with fine which may extend to 10 lakh rupees, or with both. The act was upheld in 2008 and amended with an increase in the amount of allowable jail time and fines.

Can a kite be considered an aircraft?

According to the Indian Aircraft Act 1934, an aircraft is any machine or device that is supported by atmospheric pressure. This includes fixed and free balloons, gliders, kites, airships and flying machines, etc. In this category we can also include drones and lanterns. However, it is difficult to say anything about where and how this law is being implemented. Because everyone flies kites, but not everyone is put in jail.

Previous Post
Anupama Update: New twist in the show came from the closeness of Malvika and Vanraj Shah
Next Post
IND vs SA 3rd Test: Will India create history by winning the Test or will South Africa save its fort?

Doctors Day 2021: Mahatma Gandhi was also bowed down to his insistence, know who is Bidhan Chandra Roy, on whose birth anniversary, ‘Doctors Day’ is celebrated

There will be a ruckus, when OnePlus’ first phone with 108 MP camera will be launched OnePlus 9T, see features

Highlights: Oneplus 9 series mobiles OnePlus 9T will have a lot of powerful features Competition from many companies in the premium segment New Delhi.OnePlus 9 Series New Smartphone OnePlus 9T Launch Specs: In the...

New DelhiFacebook has removed former Congress President Rahul Gandhi’s post in which the identities of the parents of a 9-year-old girl, the victim of an alleged rape in Delhi, have been exposed. According to...