Khel Ratna will be named after Major Dhyan Chand, know everything about this great player

Tokyo
India’s men’s and women’s hockey team showed a great game in the Tokyo Olympics. While the men’s team won the medal in the Olympics after 41 years, the women’s team made it to the bronze medal match. On such an occasion, Prime Minister Narendra Modi has named the country’s highest sports award ‘Rajiv Gandhi Khel Ratna’ after Major Dhyan Chand. Dhyan Chand, known as the ‘magician of hockey’, surprised the world with his game.

Between 1922 and 1926, he played in several regimental games and hockey tournaments. This improved his playing skills. He loved hockey so much that he used to play it even after finishing duty at night. For this reason, Chand (moon) was added in front of his name.

After this he went with the Indian team in the 1928 Amsterdam Olympics. Hockey was included for the first time in the Olympics. Indian Hockey Federation wanted to send its best team for this game. Competitions were held between the states to choose the Olympic team. Punjab, Bengal, Rajputana and United Provinces (UP) and Center Provinces participated in it. Since the army team was not playing in it, Dhyan Chand was allowed to play for UP. He took full advantage of this opportunity and troubled the selectors a lot with his game.

The selection was done in the Olympics. Now the question was to reach Amsterdam. For this he had to face a lot of financial difficulties. The Indian hockey team though was in great form and played amazing hockey there.

Then came the year of 1936
Dhyan Chand was in the last two Olympics as a player. But Dhyan Chand was the captain of the team in the 1936 Berlin Olympics. He fulfilled this responsibility very well. The Indian team scored a total of 38 goals in the tournament while only one goal was scored against them that too in the final. But the match was in the name of India and also the gold medal.

encounter with Hitler
On 15 August 1936, the Indian team was playing the final match against Germany. However, before the final, there was an atmosphere of fear and anxiety in the Indian camp. The reason for this was the German dictator Adolf Hitler. Hitler was about to come to see this match with 40 thousand spectators.

Syed Ali Sibtain Naqvi, former coach of the Indian hockey team, had told, ‘It was Dada Dhyan Chand, who scored 6 goals in the 1936 Olympic final and India won the match 8-1. Hitler saluted Dada and offered him to join the German army.

Naqvi had told, ‘Dada did not say anything on the occasion of prize distribution. There was silence in the entire stadium. Everyone was afraid that if Dhyan Chand turned down the offer, the dictator might shoot him. Dada told me that he had answered Hitler in a loud voice like an Indian soldier. ‘India is not sold.’

The 40 thousand spectators present in the stadium were surprised when Hitler saluted them instead of shaking hands. Hitler said to Dhyan Chand, ‘The German nation salutes you for your country India and nationalism. It was Hitler who gave him the title of hockey magician. Such players are born once in a century.

National Sports Awards
After returning from Berlin, Dhyan Chand confined himself to regimental hockey. However, even after that, the dominance of Indian hockey continued for a long time. He retired from the army in 1956. He was awarded the Padma Bhushan. He died in 1979 at the age of 74.

National Sports Day is celebrated in the country on 29 August i.e. the birthday of Dhyan Chand. And on this day sports awards are given. 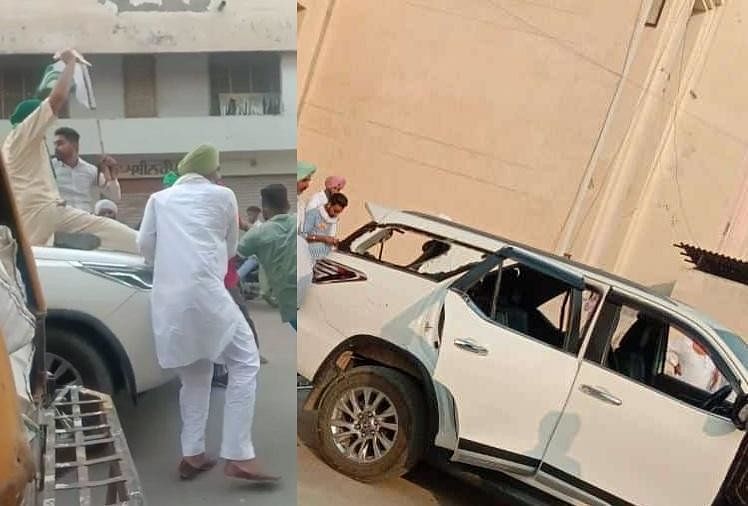 Samvad News Agency, Firozpur (Punjab) Published by: Nivedita Verma Updated Wed, 10 Nov 2021 05:06 PM IST Summary Vardev Singh Mann alleged that when he was running away from the car after saving his...

England will not go on Pakistan tour, the reason given for the mental and physical health of the players

New DelhiAnother difficulty has come in front of Pakistan cricket. England has postponed the tour of Pakistan for its women’s and men’s team to be held in October. The England and Wales Cricket Board... Dry grapes are very beneficial for health, include this in daily diet

Amazing Benefits Of Munakka : Dried grapes are called Munakka. Its importance is also great in Ayurveda and it has been used for health benefits for many years. This sweet dry fruit with cold...