Kapil Dev comments the special feature of India vs Pakistan match ‘Youth gets global recognition’ | Indo-Pak match has the power to change the identity of players at the international level, the fate of these players has changed – Bhaskar 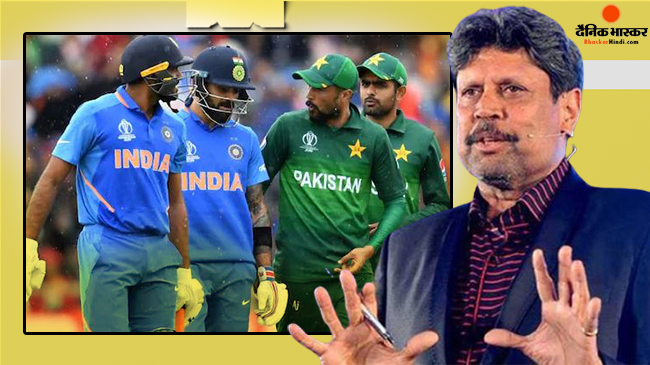 
Digital Desk, Delhi. India-Pakistan clash in international cricket, not only the people of India and Pakistan but cricket fans from all over the world keep an eye on this match. It is one of the biggest fixtures not only in cricket but in all sports. However, India-Pakistan cricket has been criticized several times due to poor political relations between India and Pakistan. Still bilateral cricket (bilateral series) between the two countries is completely closed. The spectators get to see the thrill of this match only during ICC tournaments.

And who can explain its importance better than those who have been a part of these matches. Legendary all-rounder Kapil Dev has highlighted the importance of arch rivals ahead of the upcoming match in the T20 World Cup.

Talking to ABP News, Kapil Dev shared the success of doing well in Indo-Pak matches. The two teams do not play bilateral series as of now, so their encounter in ICC tournaments becomes even more important, especially for the fans.

Keeping in mind the pressure of this big match on the players, he said, “It all depends on the pressure and happiness. If you enjoy the game, you will definitely do well. If you take too much pressure, you will do well.” Will not be able to perform. The chances of winning the match increase for the team that moves forward with fun.

Moreover, he said that if a young player performs well in these matches then he can get recognition.

Kapil Dev explained that, “Players get recognition by performing well in Indo-Pak matches. If a young player performs well, then he gets global recognition. Whereas, if a senior player does not perform well, then it means that His reputation could be hurt.” .

In the ICC T20 World Cup, India will start its campaign against Pakistan on 24 October. Pakistan are still looking for their first win against India in the World Cup.

1. Fakhar Zaman – If recently any young batsman has got recognition from a single innings, then it is Fakhar Zaman of Pakistan. His century of 114 runs in the 2107 Champions Trophy final made him an overnight star in international cricket.

2 . Virat Kohli – Virat Kohli’s 183 against Pakistan in the 2012 Asia Cup match is considered one of the greatest innings of an Indian batsman across three formats.

Chasing a massive target of 330 runs in Dhaka, Kohli scored 183 runs in just 148 balls with 22 fours and a six to help India win by six wickets. It was India’s highest successful run-chase record at that time, which is still intact today.

3 Mahendra Singh Dhoni- Dr. Y.S. of Visakhapatnam In this match played at Rajasekhara Reddy ACA-VDCA Cricket Stadium, flamboyant Dhoni scored 148 runs in 123 balls with the help of 15 fours and 4 sixes in his innings.

Dhoni, who was failing continuously, was put in the match by captain Sourav Ganguly to bat at number three, after that you know very well who is Mahendra Singh Dhoni.

4. Gautam Gambhir- Who can forget that brilliant innings of 75 runs during the first T20 World Cup final. Thanks to this innings, India had set a challenging target of 157 runs in front of Pakistan. Due to which Pakistan had failed to achieve and India became the first ICC T20 World Champion by winning by 5 runs.

5. Irfan Pathan- The left-arm pacer is the first bowler to take a hat-trick in the first over of a Test match. When this hat-trick comes against arch-rivals Pakistan, it is even more special in itself.

This was the third Test match of the series where Irfan completed a hat-trick by dismissing Salman Butt, Younis Khan and Mohammad Yousuf.

Pant On Bhuvneshwar Form: Why Pant was sent at number four in the second ODI, revealed himself, gave a big statement on Bhuvi’s form

Paarl: Rishabh Pant knows the value of his wicket. Hence the team management advises them to use their discretion in the selection of shots at different stages of different matches. Pant was severely criticized...

IPL 2022: Umesh Yadav studded a unique ‘Fifty’, made Punjab captain a victim in the very first over

Kolkata Knight Riders Vs Punjab Kings: Kolkata fast bowler Umesh Yadav has been in great form in this season of IPL. He dismissed captain Mayank Agarwal in the very first over against Punjab. With... 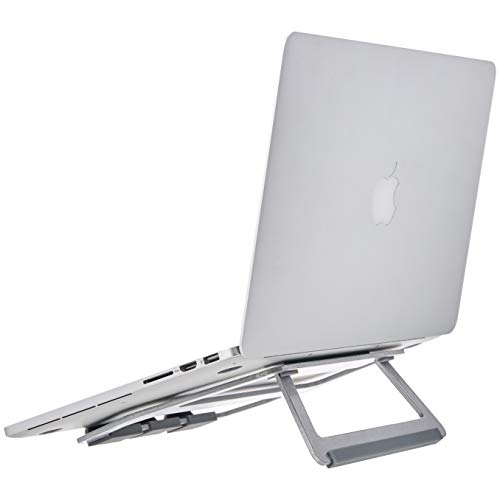 AmazonBasics Aluminum Foldable Laptop Stand for Laptops up to 15″, Silver

Price: (as of – Details) It’s common knowledge that daily computer use can put strain on your eyesight as well as on your neck and back. By elevating your laptop’s monitor slightly, you not...