Islamic State threatens Shia Muslims all over the world, will enter the house and target

During the last Friday prayers, 47 people were killed and several others were injured in a bomb blast. According to the report of news agency ANI, this warning has been published in IS’s weekly newspaper Al-Naba. It said Shia Muslims would be targeted at their homes and centres. Threatening Muslims living in Afghanistan, IS said in a statement that Shia Muslims would be attacked everywhere from Baghdad to Khorasan.
Taliban entered Afghan Parliament with AK-47, India spent money like water in construction
IS-K poses new threat to Afghanistan
The name of the Afghan branch of Islamic State is IS-Khorasan. It is named after a province in Afghanistan. IS-K has now become a new threat to peace and security in war-torn Afghanistan, which is battling the Taliban. The terrorist group issued a statement claiming responsibility for the suicide attack on a Shia mosque in Afghanistan last Friday.

Afghan civilians attacked
It said two of its members had shot dead security personnel stationed at the entrance of Fatimiya Mosque in Kandahar province. After this, one IS terrorist blew himself up at the entrance of the mosque while another exploded inside the mosque. IS news agency Amaq named the attackers Anas al-Khorasani and Abu Ali al-Baluchi in a statement. Both the attackers were citizens of Afghanistan.

No leader, will the Afghan people be a challenge before the Taliban? National flag hoisted in capital Kabul

KabulThe face of Afghanistan has changed completely in a week and is still changing. The Taliban have taken over the country and are talking about running the government. However, the Afghan people are constantly... 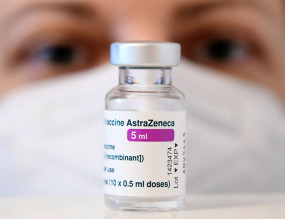 digital desk, Brussels. The European Medicines Agency (EMA), citing preliminary data, has said that the Kovid-19 vaccine Omicron is effective against serious illness and hospitalization caused by the corona virus. The EMA said in...