IPL: Venkatesh Iyer’s salary hiked 40 times, yet Hardik Pandya is left behind in this matter

New Delhi
The list of players retained for IPL 2022 has been submitted by all the eight franchises to the BCCI. In the 15th season of this prestigious T20 league, 10 teams will take part instead of 8. There are 27 names in the list of retained players.

Many players got rich in retention, the first of which is Kolkata Knight Riders opener Venkatesh Iyer. This left-handed all-rounder from Madhya Pradesh was earlier joined by KKR for his base price of 20 lakhs.

IPL 2022: See the complete retention list, how much money the teams spent and how much is left
In the retention held on Tuesday, Kolkata retained Venkatesh for Rs 8 lakh. That is, his salary increased 40 times directly from the auction price of 2021. Venkatesh recently stepped into the international stage through the T20 series against New Zealand.

Earlier in the IPL, the player who was retained for several times more than his base price was Mumbai Indians all-rounder Hardik Pandya. Hardik joined Mumbai Indians in the year 2015 as an uncapped player. At that time, Mumbai had bought him for his base price of Rs 10 lakh. In the year 2018, Hardik’s 2015 fees increased by 110 times. That is, Mumbai retained him for Rs 11 crore.

Dhoni kept his ego aside and pushed Jadeja forward, you should appreciate it: Irfan Pathan
Venkatesh scored 370 runs in 10 matches
Venkatesh Iyer played a total of 10 matches for KKR in the IPL 2021 UAE Leg. During this, 370 runs came off Venkatesh’s bat. On the basis of this performance of Iyer, KKR decided to retain him in place of opener Shubman Gill.

Umran Malik also got lottery
Jammu and Kashmir’s fast bowler Umran Malik is among the players retained by playing the least number of matches in the IPL. Uncapped Umran has been retained by Sunrisers Hyderabad for Rs 4 crore.

The 21-year-old Umran, who set a record at his own pace in the 14th season of IPL 2021, is the second uncapped player from Jammu and Kashmir to be retained by the franchise. Sunrisers Hyderabad have also retained Jammu and Kashmir all-rounder Abdul Samad in the team.

Umran was bought by Hyderabad for his base price of Rs 20 lakh. This pacer from Jammu and Kashmir consistently bowled the ball at a speed of more than 150 kilometers per hour in IPL 2021. Umran became the star of everyone’s eyes overnight.

Bats of these players including Prithvi Sau, Ruturaj
Among other players, Chennai Super Kings retained young opener Ruturaj Gaikwad for Rs 6 crore. Ruturaj was earlier associated with CSK (Chennai Super Kings) for Rs 20 lakh. Young pacer Arshdeep Singh was roped in for Rs 4 crore from Punjab Kings, who was bought for Rs 20 lakh in the 2021 auction. Prithvi Shaw’s salary also increased by 5 times. Delhi Capitals retained him for 7.5 crores.

Previous Post
India Tour Of South Africa: Fear of Corona’s new variant Omicron, India’s tour of South Africa may be postponed for a week – Report
Next Post
Varun Gandhi spoke on the condition of unemployed youth: asked how long should the youth of India be patient

There is no doubt that Bollywood actress Madhuri Dixit is the queen of grace-elegance and glamour. Madhuri is not only one of the best actresses to wear ethnic outfits but she also strikes the...

New DelhiVirat Kohli In a sudden tweet on Saturday, he also resigned from the captaincy of the Test team. It came as a surprise not only to his fans, but to the teammate as... 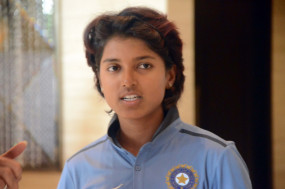 Disappointed not to be a part of World Cup squad

Digital Desk, Mumbai. India’s right-handed batsman Poonam Raut on Friday said that she is extremely disappointed to be left out of the 15-man squad for the ICC Women’s World Cup 2022 to be held...