IPL 2021 Final CSK vs KKR: Commentators also said if Jadeja had been replaced by someone else, this catch would not have happened

Dubai
We all know that Ravindra Jadeja is a brilliant fielder. He keeps showing by taking great catches in almost every match that why he is counted among the best fielders in the world. Jadeja took a similar catch of Venkatesh Iyer in the final of the Indian Premier League between Chennai Super Kings and Kolkata Knight Riders in Dubai on Friday.

Kolkata’s young opening batsman Iyer had completed half century. He was in terrific form and had become difficult for Chennai. He played an aerial shot off Shardul Thakur. He was trying to hit the ball towards mid-off but the ball went high in the air towards sweeper cover. So high that once again the spider was saved from colliding with the camera. But this time the ball did not hit the camera and its wire.

Ian Bishop, who is doing commentary on TV, said that Ravindra Jadeja’s fingers are very strong when the ball got stuck in his hand. If there was a player who did not have strong fingers, then this ball would have fallen on the ground.

Jadeja then caught Sunil Narine on the boundary in the next over. Narine pulled off Josh Hazlewood’s delivery, timing was also good but he could not go over Jadeja standing at the mid-wicket boundary.

Salute to Watling’s spirits, despite the injury, went to wicketkeeping in the farewell test

southamptonNew Zealand wicketkeeper BJ Watling walked out to keep wickets on the sixth day of the World Test Championship (WTC) final in the morning session despite an injury to the ring finger of his... 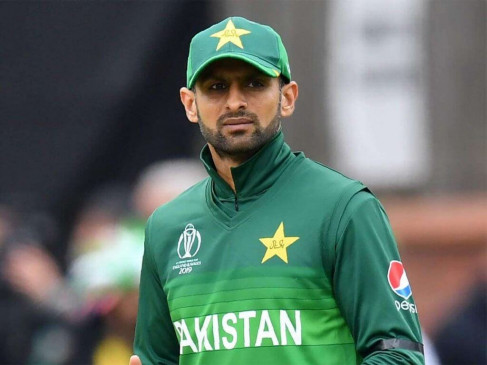 Digital Desk, Abu Dhabi. Pakistan defeated India by 10 wickets in the ICC T20 World Cup. Regarding this, veteran Pakistan batsman Shoaib Malik said on Tuesday that after defeating the Indian team led by...