IND vs NZ: Dhoni in the role of host before Ranchi T20, Team India got dinner at home There is a T20 match between India and New Zealand on January 27 in Ranchi.

Both teams reached Ranchi on Wednesday for T20 match

Both the teams are staying in a five-star hotel in Ranchi.

Ranchi. The excitement is at its peak for the T20 match between India and New Zealand on January 27 in Ranchi. Team India and New Zealand team have reached Ranchi on the evening of 25 January. Both the teams have been accommodated at the five-star Hotel Radisson Blu. On January 25, Mahendra Singh Dhoni gave a dinner party to Team India at his home. In this dinner party, the entire team under the leadership of Captain Hardik Pandya reached Dhoni’s Simlia residence.

According to the information received, the entire Team India reached Dhoni’s residence at 9 pm where Dhoni and his family gave a grand welcome to Team India. It is being told that according to the choice of every player of Team India, Mahi had arranged dinner. Some of Dhoni’s close friends from Ranchi were also present on this occasion. According to the information received from sources, during the dinner party, Dhoni has given many tips to Team India regarding the match to be held on January 27. Let us tell you that Mahi knows and recognizes the pitch of JSCA very well.

Last time also in October when Team India reached Ranchi to play ODI with South Africa. Even then Dhoni had given a party to Team India. Let us tell you that even after retirement, former India captain Mahendra Singh Dhoni has better bonding with all the players of Team India and his friendship with captain Hardik Pandya is well known.

from your city (Ranchi)

On January 26, Team India and New Zealand teams will practice at JSCA Stadium. Apart from this, press talks have also been organized by both the teams. In which any player or coach or staff can hold a press conference on behalf of both the teams. First of all, the New Zealand team will practice from 1 pm to 4 pm. After that Team India will reach JSCA Stadium to practice after 5 pm. 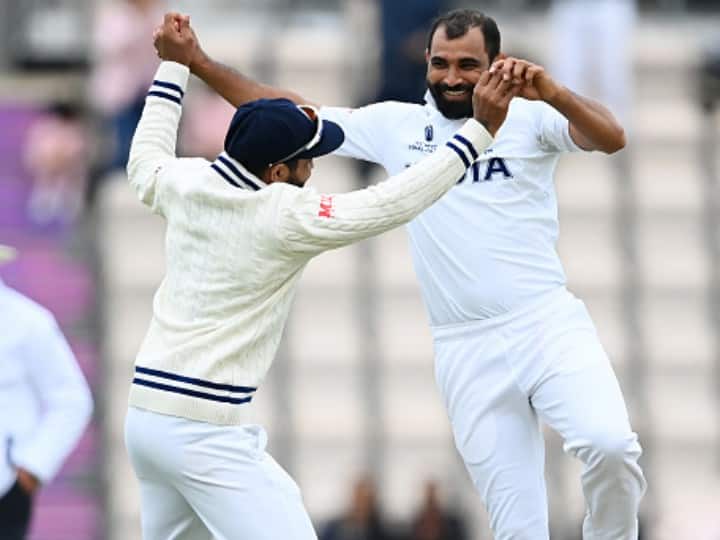 India can give Saurabh-Navdeep a chance in Test team instead of Shami-Jadeja, know how was their career

India vs Bangladesh Test Series: The last match of the ODI series between India and Bangladesh will be played in Chittagong. Team India has lost the three-match ODI series. Now she would like to... Footballer Ashraf Hakimi was given such a gift by this young Palestinian, which is discussed all over the world

FIFA World Cup 2022: FIFA World Cup has started. So far the matches have been very interesting, because even the top ranked teams of the world are seen in trouble. Morocco beat Belgium 2-0... Shreyas Iyer had become ‘bold’, Bangladeshi players were jubilant but still not given out

IND vs BAN 1st Test: A very surprising incident happened with Shreyas Iyer in the first Test match being played between India and Bangladesh. He got such a gift, which he did not even...