Mumbai
Team India not only thrashed New Zealand by a huge margin of 372 runs in the Mumbai Test, but also defeated them in the ICC Test Championship. The team under the captaincy of Virat Kohli has once again become number one in the Test rankings. He has left New Zealand behind. In June this year, the Kiwi team overtook India with the victory in the title match of the ICC World Test Championship.

The Indian team has 124 rating points in 28 matches, while New Zealand has to bear the brunt of the poor performance in the series. He has 121 points from 25 matches. Australia is at number three. It has 108 points, while the number four team is England (107). Pakistan is at number 5 with 92 points.

Talking about the match, the New Zealand team, chasing the target of 540 runs, was bundled out for 167 runs in 56.3 overs at the Wankhede Stadium. In this way, in the second and last test match of the series, the Indian team won the series by 372 runs. In the second innings, on the third day, Team India ended the innings for 267 runs for the loss of 7 wickets and gave a huge target of 540 runs for the New Zealand team to win.

Pune: Kolkata Knight Riders has IPL In the 14th match of the match, Mumbai Indians were defeated by 5 wickets. Playing first, Mumbai scored 161 runs. Kolkata chased down the target in 16 overs....

Highlights: This smartwatch is special for children Where are your kids to know Every activity of the children will be monitored New Delhi.Xiaomi MITU Children 4G Phone Watch 5C price Features: Xiaomi has made... 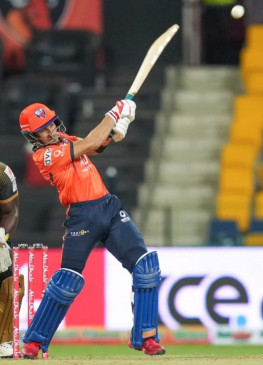