Effect of increasing the repo rate of RBI

Suppose you had to pay an EMI of Rs 21,538 for a home loan of Rs 25 lakh from the country’s largest bank SBI for 20 years at the current rate of interest of 8.40 per cent. But after an increase of 35 basis points in the repo rate, the interest rate will increase to 8.75 per cent, on which the EMI will have to be paid at Rs 22,093. That means your EMI will become costlier by Rs 555 and you will have to pay Rs 6,660 more EMI in the whole year.

If you have taken a home loan of Rs 40 lakh for 20 years, on which you are currently paying interest at the rate of 8.40 per cent, on which currently you have to pay EMI of Rs 34,460. But after increasing the repo rate, now you will have to pay interest at the rate of 8.75 percent, on which an EMI of Rs 35,348 will have to be paid. That means every month Rs 88 more and in one year the burden of Rs 10,656 on your pocket is going to increase.

However, it is believed that the process of increase in interest rates can stop here. Why RBI Governor Shaktikanta Das has said that retail inflation will come down. He has set a target of bringing the inflation rate up to 4 percent. If this happens, there may be a reduction in EMI in the coming months. 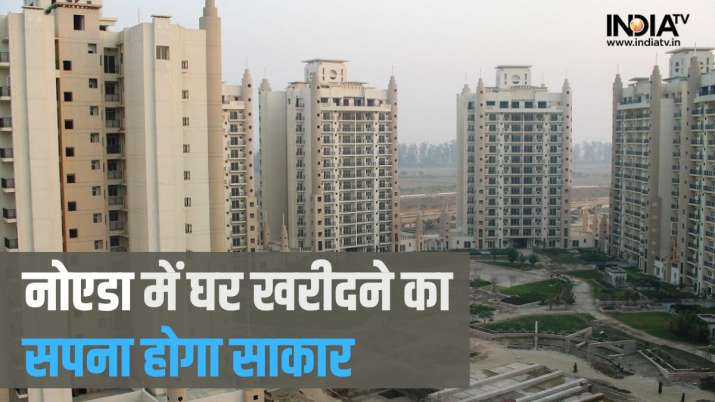 Now the dream of settling in Noida will come true at a low price, Noida Authority today launched this new scheme

Photo:India TV Now the dream of settling in Noida will come true at a low price Highlights Today Noida Authority is going to launch Industrial Plot Scheme The remaining plot will also be included... LIC Scheme: Invest 200 rupees every day in this scheme, you will get a fat fund of 28 lakhs Last chance of the year to buy cheap gold from the government, know what is the price