Havana syndrome: The world’s ‘most mysterious attack’ was revealed, the victim was also in America, India

Washington: America has been battling for the past several months with Havana Syndrome, which is called the world’s most mysterious attack. The secret of this attack has now been revealed. After months of speculation and reports, the US intelligence agency CIA has concluded that the ‘Havana Syndrome’ targeting US diplomats was not perpetrated by a foreign power. So far, more than 1000 cases have been reported worldwide and in the year 2021, during the visit of CIA Director to India, a scary case of Havana syndrome was also reported.

The primary conclusion in the CIA investigation is that there is no foreign (Russian or otherwise) hand behind Havana syndrome. A CIA official said, “We have estimated that there is no possibility that American employees around the world have been targeted by any weapon or other mechanism by a foreign element. Russia is also involved in this. The research concluded that almost all the cases reported by the victims were either present or had not been treated before or were due to the environment.
The world’s ‘most mysterious’ attack on CIA in India, America’s helpless superpower, doctors upset
The counsel for the aggrieved officers rejected the report.
It has also been said in this that 24 cases have not been disclosed yet and their investigation is going on. The CIA has not ruled out any foreign element being behind these 24 cases. Meanwhile, CIA director William Burns has said that the US intelligence agency will continue to investigate the matter and has promised to help the officers who are still battling this crisis.

On the other hand, there has been a ruckus after this conclusion of the CIA. Mark Zaid, a lawyer for the victims, said the CIA had drawn this conclusion so that its spies would not rebel against going abroad. He said that the CIA report is misleading and other intelligence agencies do not believe it. US Secretary of State Antony Blinken has not challenged the CIA findings but said the investigation will continue.

US diplomats, intelligence officials and other officials have all been victims of Havana syndrome. The first case of Havana syndrome was reported in the year 2016 in the city of Havana, Cuba. Since then it has come to be called Havana Syndrome. During this, US diplomats complained of nose bleeding, headache and nausea. This raised doubts that whether Russia or China had carried out this attack.

CIA was also ‘attacked’ in India, had to undergo treatment
One of the world’s most mysterious attacks, ‘Havana Syndrome’ has also knocked in India. Havana Syndrome is following America and its officers like a shadow but the superpowers seem helpless in front of them. CIA chief William Burns visited India last year. Burns wanted to discuss the Taliban rule with India but had to deal with another catastrophe here. A member of the CIA chief’s team was attacked with a mysterious form of Havana syndrome and had to be treated in the US.

Havana syndrome is now troubled by US and Canadian diplomats, spies and embassy staff around the world. So far, more than 200 people have been affected by it in Australia, Austria, Colombia, Russia and Uzbekistan after Cuba. On 24 August 2021, US Vice President Kamala Harris postponed her visit to the Vietnamese capital Hanoi after a suspected case of Havana syndrome. After a long investigation, America made a big disclosure about the use of laser weapons. The much-anticipated report of the US National Academy of Sciences Committee has revealed that US diplomats in China and Cuba may have fallen ill from ‘specified’ microwave radiation. 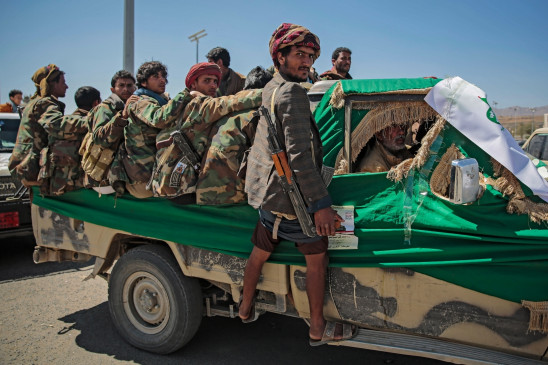 Russia Ukraine Conflict: Ukraine’s strong counterattack on Russia, ceasefire ended, know who is heavy on the 11th day of the war

KyivThe fierce war between Russia and Ukraine has now entered its 11th day. Satellite images show that the Russian army, which made an early advance, is now facing a fierce counterattack from the Ukrainian...

War News: Europe on a pile of gunpowder because of Russia? British fighter jets patrolling with American bombers