Good news for Apple users! Touch Bar will not be visible in MacBook Pro, bigger screen in new iPad

read this also-Special Feature! If you do something like this in Xiaomi’s superphone Mi 11 Ultra, then the battery will last for 14 days

Apple’s new tablets are coming
According to a report by Popular Display Supply Chain, Apple will launch tablets with OLED displays by the year 2023, which can have a display size of 10.9 inches. Recently, there were reports that iPad Air will be launched next year and it will have a 10.86-inch OLED display. Within the next 2 years, Apple is going to launch at least 3 tablets, which will have a great display, powerful battery and processor as well as good cameras. In the next 3 years, Apple is preparing to dominate the tablet market and is going to present more than one new product to the users.

read this also-These 3 laptops of HP, ASUS and Lenovo are the best for students in less than 25 thousand rupees, see features

Opportunity to get cheap Samsung Galaxy F12 with 6000mAh battery, getting many good offers at the same time

Highlights: Galaxy F12 has 6.5 inch display The handset has 48 megapixel primary camera The refresh rate of the phone’s screen is 90 Hz New DelhiSamsung Galaxy F12 It has been launched in the... 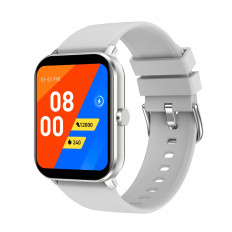 There will be no evil eye on the huge amount lying in the account, RBI told these effective ways to avoid

A lot has become easier in this age of technology, but in the meantime Cyber ​​Crime And Online Fraud has also increased a lot. Rising financial fraud (Financial Frauds) where cybercriminals are using innovative...