Freddy Daruwala tagged Shahrukh in a tweet, said in clarification – Karthik was not against Aryan

Bollywood actor due to expulsion from 2 consecutive films for the last few days Kartik Aaryan (Kartik Aaryan) are under discussion. Kartik Aaryan after Karan Johar’s ‘Dostana 2’ Shahrukh Khan (Shah Rukh Khan) a film by ‘Goodbye Freddy‘ (Goodbye Freddy) has also been removed. Meanwhile, actor Freddy Daruwalla (Freddy DaruwalaA tweet has surfaced in which he has asked for a role for himself in Shahrukh’s film. Freddy Daruwala has to clarify on this post that it was not written against Karthik Aryan.

forward to roll himself
In his post, Freddy tagged Shah Rukh Khan and his production house and wrote, ‘If you are looking for the real Freddy then I am here. 100% original and completely true to its art. You can take the test if you want.

I’m only looking at my chance
Talking to ‘Hindustan Times’ on this issue, Freddy Daruwala said, ‘It was just a request that see it is time for change, so I am here. If someone has been kicked out of the project, I am only looking at my chances and I have said that I am available.’
Karthik Aryan is being targeted like Sushant Singh Rajput? Now Apoorva Asrani comes in support
‘Didn’t come just to do side roles’
Freddy Daruwalla made his Bollywood debut in the year 2014 as a villain in Akshay Kumar’s film Holiday. He said that he now wants to work in big projects and he is fully prepared for it. Freddy said, ‘I didn’t come here only to do side roles, I am a serious actor and want to stay for a long time. It’s time the film industry starts recognizing people like me. I am not saying that it is only me. Well he didn’t do that film so now look at someone else’s side. He has left but so am I.’
‘A conspiracy has been hatched against Karthik Aryan’, Anubhav Sinha broke the silence, said- I am sure
‘There was no post against Karthik’
Freddy further clarified that his post was not against Karthik Aryan. He said, ‘Karthik Aryan has worked very hard and today he is at such a stage that he does not need to give auditions etc. It is his time now and I am not trying to take away his credit from him. All I want to say is that if he didn’t then give me the film. I also work hard and I have no problem with Karthik. It was not against Kartik.’
‘No film was signed with Kartin Aryan’, Aanand L Rai bluntly responds to rumours
Offer not received yet
Even though Freddy Daruwala has openly expressed his desire to work in the film ‘Goodbye Freddy’, but till now he has not received any response from the makers. Now it has to be seen whether Freddy gets this film or any other actor is cast in it.

Chauraha to be built in Ayodhya in the name of Lata Mangeshkar, Bhajans and songs sung by Lord Ram and Hanuman will be played

In the honor of Lata Mangeshkar, a Bharat Ratna and Sura queen, a square will be built in Ayodhya. Yes, a crossroads will be named Lata Mangeshkar Chauraha in honor of the late singer...

Pongal: Hema Malini made her own traditional dish in the kitchen, celebrated the festival with family in a pink sari

Hema Malini (Hema MaliniYou must have seen ) as an actress and a politician on screen, but she also fulfills the duty of being a wife and mother. Today on the festival of Pongal... 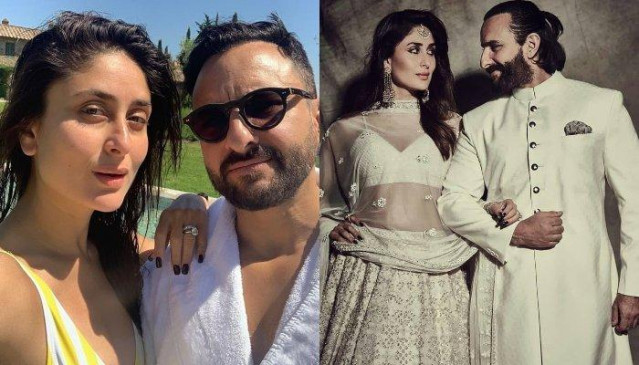 Digital Desk, Jaipur. Bollywood power couple Saif Ali Khan and Kareena Kapoor are currently holidaying in Jaisalmer with their two sons. Kareena on Thursday shared a cute picture of her son Jeh. In the...