Tokyo : Globally, over 60 per cent reduction in per capita forest area has been recorded in the last 60 years. This has been claimed in a new study published in the ‘Journal Environmental Research Letters’. According to the study team, shrinking forest cover threatens the future of biodiversity and affects the lives of 1.6 billion people around the world. According to the study, there has been a decrease of 8.17 million hectares in forest area globally between 1960 and 2019. The decrease in forest area during this period is more than the increase in forest area.

The study was carried out by researchers from the Japan-based Forestry and Forest Products Research Institute. They analyzed global land use data and gathered information on changes in forest cover over time. The researchers found that over the past six decades, the decline in the available forest area per capita has resulted in more than 60 per cent decline in the available forest cover at the global level and due to the increase in population. It has come down from 1.4 hectare per capita in 1960 to 0.5 hectare per capita in 2019.
UK Election: Liz Truss threw such a dice that Rishi Sunak, who was winning continuously, started losing, know how the British PM is reversing in the election
Lives of 1.6 billion people of the world affected
“Continuous depletion and loss of forests affects the survival of forest ecosystems, reducing their ability to provide essential services and maintain biodiversity,” the researchers said. “It also affects the lives of at least 1.6 billion people living in the world, especially those in developing countries, who depend on forests for various purposes,” he said.

Monitoring of forests being done globally
According to the researchers, monitoring of forests is an important part of various social and environmental initiatives being carried out globally, including the Sustainable Development Goals (SDGs), the Paris Climate Agreement and the post-2020 Global Biodiversity Framework. He made it clear that in order to meet the goals set out in these initiatives, efforts are needed to stop the loss of forest cover by focusing on the conservation of forests around the world.

Who is the secret wife of North Korean dictator Kim Jong Un, revealed

PyongyangThe secret of his wife, who is often seen with North Korean dictator Kim Jong Un, has been revealed. According to a CNN report, Kim Jong Un’s wife Ri Sol Joo comes from an... 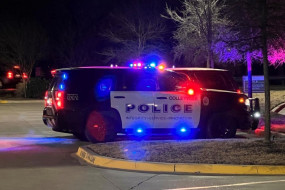 More arrests made in Britain after Texas Synagogue attack case

Digital Desk, New Delhi. In the US, two teenagers have been arrested in England in connection with the death of an attacker demanding the release of a jailed Pakistani terrorist after holding people hostage...

Saved money for life, didn’t even get married, sacrificed everything for just one wish… saw the wreck of the sunken Titanic

Washington: The Titanic ship was said to be a never-sinking ship. But this ship sank on its first voyage in 1911. Even 110 years after the sinking of Titanic, stories related to it are...