Father did not change WhatsApp’s DP for four years, so that Shreyas remembers his biggest career goal

New Delhi
Shreyas Iyer For the 25th of November, 2021 is a very special day. Today he made his Test debut. In his first Test innings at Kanpur, he scored an unbeaten 75 at the end of the first day’s play. The career of this Mumbai batsman has started very well.

In a conversation with the English newspaper Mid-Day, Santosh said, ‘Test cricket is real cricket. I always wanted him to play Test cricket. Today my dream has come true. My wife and I are very happy.’

Iyer’s father and his WhatsApp DP
Santosh Iyer’s WhatsApp display picture has a picture of 2017. In this picture Shreyas Iyer is holding the trophy. This picture is of Dharamshala. India defeated Australia to win the Test series 2-1.

He said, ‘We always wanted him to play Test cricket. I am very excited that Shreyas got a place in the Test team. He always said that this would happen. So, finally it happened. To be honest, we didn’t expect him to get this opportunity against New Zealand. We want him to perform well. Since there are not many big players in the team, this is a big opportunity for him (Shreyas).

Highlights Samsung’s Dhansu soundbar will be available for free Premium category TVs in look and features Take advantage of the offer for the next one month New Delhi.Samsung Big TV days sale Offer Discount... 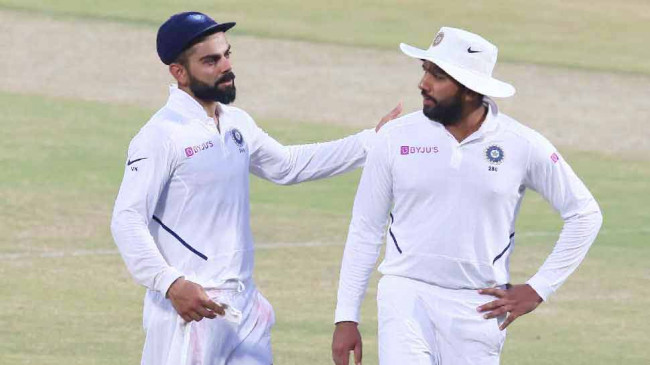 Digital Desk, New Delhi. After the T20 series between India and New Zealand, the first match of the Test series is to be played on 25 November. This match will be played at Green...

Rishabh Pant News: This science is behind Rishabh Pant’s favorite ‘One Hand Six’, why bowlers don’t have any bite to it

Highlights Rishabh Pant’s identity has become ‘One Hand Six’ Time for clever bowlers, this shot It is played very smartly, this is not a shot, it has no bite New DelhiHitting six with one...