Elgar on DRS drama: How the Proteas team benefited from the DRS controversy, Elgar reveals

Cape Town
South Africa captain Dean Elgar says the DRS controversy has given him time to chase down the target in the crucial third Test against India as Kohli and Co.

The decision to give Elgar out lbw was changed by the third umpire as the Hawkeye technique showed the ball going over the stumps. This angered the Indian camp and skipper Kohli, vice-captain KL Rahul and senior off-spinner R Ashwin taunted South African broadcaster Super Sports at the stump mic.

Chasing a target of 212 runs for victory, South Africa scored 60 runs for one wicket at that time. The Indian team got embroiled in the DRS controversy as the hosts scored 40 runs in the next eight overs.

Elgar said, ‘It gave us time and we scored fast. This helped in reaching the goal. We benefited from this. At that time he had forgotten about the match and got emotional. I really enjoyed it. Maybe they were under pressure and the conditions were not in their favor when they are not used to it.

“We were very happy but had to bat well on the third and fourth days as the pitch was helping the bowlers,” said Elgar. We had to stick to our basics with extra discipline. After the 113-run loss in the Boxing Day Test, Elgar had a heated conversation with the team which turned out to be favourable.

The Proteas captain said, ‘Losing the first match of the home series is never ideal. In South Africa, however, it has become a trend to start slow. We woke up after losing the first Test and performed to the best of our ability and won the rest of the matches.

New Delhi.TVS Motor Company (TVS Motor Company) giving a shock to his customers TVS Jupiter 110 Scooter is expensive. The company has increased the price of its standard variant by Rs 736. At the...

Celebrity Yoga: This 90s actress still looks so young, she does this special yoga every day to stay fit

All the celebrities of Bollywood are very cautious about their fitness. One of them is actress Pooja Batra. The actress is one of those fitness freaks who never take a day off from her... 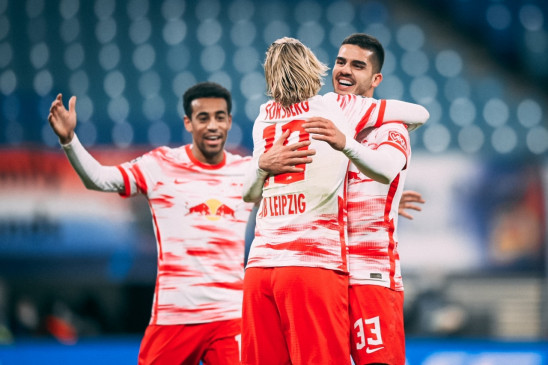 Digital Desk, Berlin. Goals from Dominic Soboszlai and Andre Silva helped Leipzig beat Manchester City 2–1 in a UEFA Champions League group match. With this win, the team moved to the third place in...